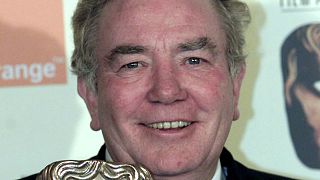 Finney had only "passed away peacefully after a short illness with those closest to him by his side," according to a family statement to The Associated Press.

He received Oscar nods for best actor for "Tom Jones," "Murder on the Orient Express," "The Dresser," and "Under the Volcano."

He was nominated for best supporting actor at the 2001 Oscars for his role in "Erin Brockovich," where he played lawyer Ed Masry, opposite Julia Roberts as the crusading protagonist.