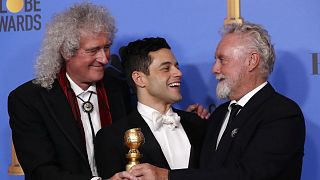 Here are all the winners going home with the golden trophy.

Best actress in a limited series or television movie

Best actor in a miniseries or TV movie

Best actress in a film - comedy/musical