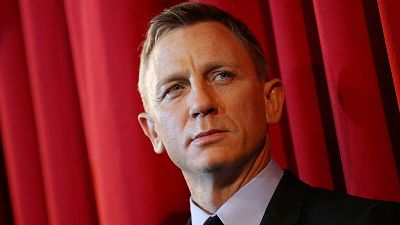 James Bond star Daniel Craig found himself in a different line of fire when Piers Morgan called him out on Twitter for using a baby carrier — or what the British TV personality referred to as a "papoose."

Morgan's comment incited a flurry of responses from people who were disgusted by his remarks.

"Captain America" star Chris Evans was among those who chided Morgan, who refused to apologize.

"You really have to be so uncertain of your own masculinity to concern yourself with how another man carries his child," Evans wrote. "Any man who wastes time quantifying masculinity is terrified on the inside."

Morgan, who is the father of four kids of his own ranging in age from 6 to 25, didn't back down, however, in his response to Evans, stating simply, "Captain America wouldn't wear a papoose."

Several other people chimed in with nods of disapproval toward Morgan, as did many men who shared photos of themselves wearing their babies in a carrier.

For his part, Morgan — who replied to many of the barbs aimed at him — held his ground, saying he has no issue with men taking care of their kids; rather, he's got a problem with the concept of a baby carrier.

"I honestly cannot wrap my head around how a grown man in 2018 can believe that babywearing is an emasculating activity," says "Daddy Doin' Work" author and TODAY Parenting Team contributor Doyin Richards. "Being a good dad is truly the manliest thing a man can do in his lifetime, and it's easy to see how true that is by the amount of men willing to call him out on his ridiculously antiquated views of fatherhood.

"Sadly for him, this tweet had the opposite of his intended effect because men all over the world are showing how proud they are to rock a baby carrier. And let's be real — what woman on the planet would want to have a baby with a guy who is so insecure that he believes babywearing is for sissies?"

Morgan's ire didn't necessarily have to come at the expense of Craig, either, since scores of other celebrity dads have been spotted using baby carriers, whether it's John Legend or John Stamos, who caught some heat for improperly wearing his.

Ryan Reynolds also got people in a tizzy back in 2015 when wife Blake Lively posted a photo on Instagram of him holding their daughter James in a baby carrier. His method for doing so sparked a discussion on the right way to use one. Suffice to say, Morgan's opinion on the matter is probably pretty clear.