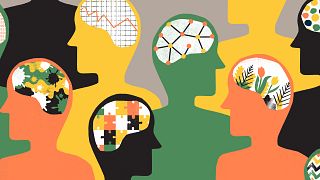 People love learning about their personalities and take tests hoping to reveal what type they are. Yet, experts have long said personality types are mythical: Personality exists along a continuum. Though a recent study is debunking that idea.

A study published in Nature Human Behaviour reveals that there are four personality types — average, reserved, role-model and self-centered — and these findings might change the thinking about personality in general.

"Whether or not these models become the definitive personality type model, it is a step forward," Jonathan Adler, an associate professor of psychology at Olin College of Engineering in Needham, Massachusetts, who wasn't involved in the research, told TODAY.

Researchers at Northwestern's McCormick School of Engineering, in Illinois, examined data from 1.5 million participants who answered questionnaires about the "big five" personality traits. These five traits are commonly accepted to be major indicators of personality. As they looked at the data it appeared that people clustered around four different areas, and those emerged as the different personalities.

"The findings suggest there are types," Luis Amaral, a professor of chemical and biological engineering at Northwestern University McCormick School of Engineering and an author of the paper told TODAY. "These (types) are sort of more of an attractor for these personality traits."

People fall into a type based on how they rate on those five traits.

People fall into one of the four types based on how they rank on the big five personality traits: openness, agreeableness, extraversion, neuroticism and contentiousness. Understanding how high or low someone ranks on each of the traits can be useful and predict things about people, such as their risk of mental illness or likelihood of divorcing.

But it's not an exact science.

"Everyone has variation on the big five," Adler explained. "Personality is not categorical. It is dimensional."

The four personality types include:

"The way for you to grow is to know about yourself," Amaral said.

Plus, the researchers found that personality isn't static. People evolve. Teen boys tend to be overly represented in self-centered personality while older people make up a large portion of the role models.

"Certain facets are changing," Amaral said. "As people mature and grow, their personality also matures and grows. I think there is a positive message that people mature and they move to more desirable characteristics."

These personality types describe healthy people. Even though it might sound bad to be neurotic, average people experience varying levels of neuroticism.

"We shouldn't think about each one of the characteristics as the higher, the better. If you are extremely open minded, that just means you believe everything," Amaral said.

Future research might examine people with mental illness to see if they also fall within these types or if more types emerge. People interested in learning more about their personality can do so here.