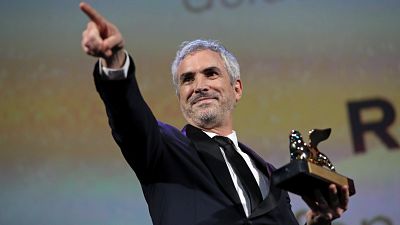 "Roma", named after the neighbourhood in Mexico City where writer-director-cinematographer Cuaron grew up, was described as "shimmering" by critics thanks to its black-and-white cinematography.

"The Favourite", another movie with a strong female focus, won the runner-up Grand Jury Prize and its star, Olivia Colman, won the Volpi Cup for best actress for her uproarious portrayal of England's Queen Anne.

Willem Dafoe won the award for best actor for his portrayal of Vincent Van Gogh in the biopic "At Eternity's Gate".