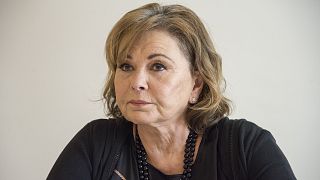 Just hours after quitting Twitter over the fallout from her racist comments, Roseanne Barr was back on social media explaining her offensive comments. She blamed it on the Ambien.

"Guys I did something unforgiveable so do not defend me," Roseanne wrote. "It was 2 in the morning and I was ambien tweeting-it was memorial day too-I went 2 far & do not want it defended-it was egregious Indefensible. I made a mistake I wish I hadn't but…don't defend it please."

It's been reported that Ambien causes people to drive, cook, eat, talk, shop and have sex without remembering any of it. Tweeting under the influence of Ambien certainly could happen. But doctors — and Sanofi, the drug maker that manufacturers the sleep aid — agree that the drug doesn't cause racism.

Sanofi, admits that "getting out of bed while not being fully awake and do an activity that you do not know you are doing" is a side-effect of using the drug. The company urges people to call their doctors if they experience this, which is also known as a parasomnia. But Sanofi also pushed back against Roseanne.

"While all pharmaceutical treatments have side effects, racism is not a known side effect of any Sanofi medication," the company shared on Twitter early Wednesday.

"Maybe Roseanne was taking Ambien when she Tweeted. Maybe. Sleep medications don't create these beliefs. They unmask them," W. Christopher Winter, a sleep medicine doctor at Charlottesville Neurology and Sleep Medicine and author of The Sleep Solution: Why Your Sleep Is Broken and How To Fix It, told TODAY.

While there's no proof Roseanne was taking Ambien or, if she does, how long she has been taking it, the drug is one of the most prescribed medications in the country, especially for women.

A 2013 report indicated that 8.6 million Americans received a prescription for Ambien, generically known as zolpidem tartrate.

"Ambien was historically developed as an alternative to the benzodiazepines that have been utilized a lot for sleep. Ambien was this drug that was supposed to work through the same chemical pathways as valium or klonopin, but with a lot less addictive or worrisome side effects," Winter explained.

This added safety made them popular to prescribe to people complaining about lack of sleep.

Some were quick to defend Ambien against the hateful tweet. "Pitch Perfect 3" star Anna Kendrick tweeted about her "good pal Ambien".

"Ambien increases appetite to sleep, but doesn't increase the quality of your sleep. So, you're not necessarily getting restorative sleep," said Azizi Seixas, a sleep expert and assistant professor at the New York University School of Medicine.

This can cause people to do very odd things without remembering them.

Winter cautions against using sleep medications for long periods of time. He only recommends people use it for a month, at most. That's because drugs only fix the symptoms without treating the underlying reason behind the lack of sleep.

"It really helps if you think about insomnia as a symptom and not a diagnosis," he said. "You are going to understand your problem more."

"You get caught into believing that you need that pill to sleep," he said. "But it really is not fun to feel that blackout-of-control-type situation and that happens with Ambien."

Dr. Shamard Charles of NBC News contributed to this report