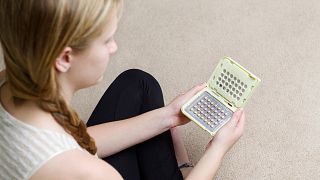 The Trump administration has published its new plan for fighting teen pregnancy and its message to teens is clear: don't have sex.

Anyone who wants federal government money to fight teen pregnancy must choose from two approaches that includes preventing teens from having sex, or persuading them to stop.

Sex education advocates say it looks a lot like the abstinence-only approach they feared it would be. And they say they don't understand why programs that had been demonstrated to work are being tossed aside for a whole new approach.

The new directive comes in the form of what's called a funding opportunity announcement, and it stresses "new and innovative strategies" that will focus on stopping teens from having sex at all.

The announcement from the Office of Adolescent Health, part of the Health and Human Services Department, is an invitation for groups to ask the federal government for money to run their programs.

"Both risk avoidance and risk reduction approaches can and should include skills associated with helping youth delay sex as well as skills to help those youth already engaged in sexual risk to return toward risk-free choices in the future," one 82-page document reads.

That doesn't necessarily sound like bad advice, says Beth De Santis, CEO of the South Carolina Campaign to Prevent Teen Pregnancy. It's not the abstinence part of "abstinence-only" that worries her. It's the "only" part.

"Every comprehensive sex education program that is worth its weight starts with abstinence," De Santis said.

"We all know that helping kids make the best choices to stay abstinent is the best way to make sure they don't get pregnant and don't get a sexually transmitted infection. But that is not the choice that all teens make," she said.

And programs that want to help stop teen pregnancy need to be open to youths who are already having sex. A no-sex-ever message could simply drive them away and out of reach of the help they need, several advocates said.

De Santis's group is part of a lawsuit filed against HHS over its termination last year of the Teen Pregnancy Prevention Program. Two federal judges have ruled the terminations were arbitrary and capricious — most recently U.S. District Judge Thomas Rice in Spokane, Washington, on Tuesday.

"Congress funded it and this is the answer," said Diana Thu-Thao Rhodes, director of public policy with Advocates for Youth, a national sex education organization.

The Funding Opportunity Announcementdoesn't dispute that current approaches have lowered teen pregnancy rates. "In 2016, teen birth rates in the United States continued to drop to a record low since their peak in the early 1990s," it reads.

"According to the January 2018 MMWR report by the Centers for Disease Control and Prevention, the majority of teens have never had sex and the percentage of teens who have never had sex has set a new record, making this funding announcement especially relevant for reinforcing these healthy choices."

However, the new plan doesn't reinforce the previous approach.

"It looks as if they are trying to dismantle it from the inside out," Rhodes said.

It steers applicants to two programs that provide tools for assessing programs.

"Applicants are expected to describe in detail how they implement protective factors and/or either elements from SMARTool or the Tool to Assess the Characteristics of Effective Sex and STD/HIV Education Programs."

The SMARTool was developed by the Denver-based Center for Relationship Education, which developed a sex and relationship education program that criticizes contraception-focused sex education and that includes Christian and faith themes. It embraces the idea that talking about safe sex "normalizes" sexual behavior among teens.

The second tool was developed by Education, Training and Research Associates — a group that has in the past pointed to the shortcomings of abstinence-only education and that favors a comprehensive approach.

But Dr. Amy Collins, an adolescent medicine physician in Pittsburgh and a fellow with Physicians for Reproductive Health, said she believes the Trump Administration has made its intentions clear.

"My sense is that abstinence only is still the ultimate goal," Collins said.

HHS does provide some guidance.

"Projects will clearly communicate that teen sex is a risk behavior for both the physical consequences of pregnancy and sexually transmitted infections as well as sociological, economic and other related risks," the document reads.

HHS did not provide an interview but sent NBC News an emailed statement.

"HHS included two programs that span the continuum of sex education and teen pregnancy programs between sexual risk avoidance and sexual risk reduction. The elements contained in each of these two model programs are widely accepted as important elements for the successful implementation of youth programs," an HHS spokeperson said in the statement.

"This truly is a big shift," said Rhodes.

"It's very different from the previous round of grants that came out of the OAH. The previous grants were very evidence-driven," she added.

Under eight years of the Obama administration, specific curricula were provided, along with evidence about whether and how they were effective.

"Why should our communities be asking for another grant when we don't even know the reason why our grant was terminated?" asked Dr. Leana Wen, the Baltimore City Health Commissioner who is part of the lawsuit against HHS.

"Look at the science. Follow the evidence and the science. We've made tremendous gains. Don't roll back the clock," Wen added.

HHS officials have said previous programs do not work, but Kane pointed out that HHS published an evidence review Monday of those programs that shows many of them did.

"The approach in this funding announcement puts ideology over evidence and as a result it puts our most vulnerable young people at risk," said Andrea Kane of Power to Decide, a national organization dedicated to preventing unplanned pregnancy.

"It really walks away from some of the high-quality notions of evidence and evaluation," she said.

Even though both the programs embraced in the new documents mention comprehensive approaches, Kane said the overall message does not.

"Either way it means kids not having sex, even if they are already having sex," Kane said. "Sexual risk avoidance is essentially another term for abstinence."

Before, she said, the teen pregnancy program did not look at the intent of any specific program or intervention, but at whether it worked.

"The question is why waste all that knowledge and that potential to learn more and start from scratch?" she asked. "They are completely ignoring what has been learned over the last eight years."

Collins and Rhodes said the new program appears to cut out lesbian, gay, bisexual, transgender and other teens, teens who have been sexually abused, and teens who are confident about having sex.

"What this does is ignore the needs and realities of many young people," Rhodes said.

"The majority of older teens are having sex and we need to respond to that path and give them information to help them be safe," Kane agreed.

Teens will seek information and if they can't get it in an appealing program, they'll look elsewhere, the experts agreed.

"Young people will go online. They will go to their friends," Rhodes said.

"There are a number of other outlets for young people to access sex education. Some of it may be accurate. Some may not."