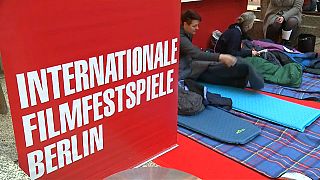 This year American director Steven Soderbergh pops up with a film shot entirely on an iPhone in a mental institution by actress Claire Foy questioning her sanity.

Then there's Director Alex Poppe's take on Anders Brevik, the far-right extremist who slaughtered 69 people on a Norwegian island in 2011.

The festival opens with Wes Anderson’s "Isle of Dogs," the second stop-motion animation from the American director.

This time he's chosen a dystopian canine tale set in the Japan of the future.