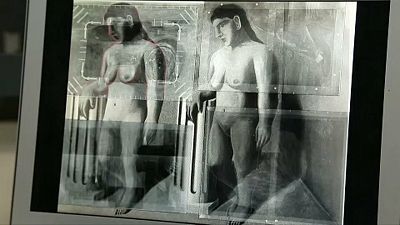 What discovery has been made?

The fourth and final quarter of Magritte's lost painting, 'The Enchanted Pose' has been uncovered behind his 1935-1936 work entitled 'God is not a Saint'. It's been done with the use of x-ray imaging at the University of Liege, thanks to a collaboration between the Royal Museums of Fine Arts of Belgium and European Centre of Archaeometry. The first two quarters were discovered underneath paintings in 2013 by technicians working in New York and Stockholm. The third fragment was identified in 2016 at the Norwich Castle Museum & Art Gallery.

How was the original painting lost?

Magritte painted 'The Enchanted Pose' in 1927 before cutting it up into four parts and painting over them. It's believed the artist may have been unhappy with his work and decided to recycle the canvasses to save money. The first three quarters of the painting were discovered behind other works in New York, Stockholm and Norwich. But the fourth piece has been missing since 2016 up until now.

Who is René Magritte?

René Magritte was a Belgian surrealist artist who lived between 1898 and 1967. He's well known for creating ordinary objects in an unusual context and challenging people's perceptions of reality. More than 40 pieces of his artwork are displayed in the Magritte Museum in Brussels.

What has been said?

Professor David Strivay, Director at the University of Liege, "I think he destroyed this painting because he was in a deep economic crisis. It was the late twenties or early thirties so he was coming back from Paris with no money at all. He was really recycling his old paintings, the ones that he felt not so confident or happy with so he has cut this one in four parts."