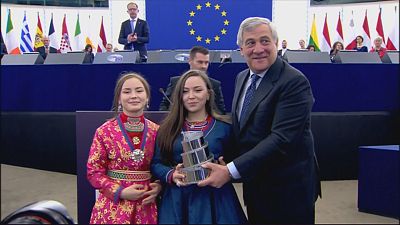 The LUX prize casts the spotlight on films that go to the heart of the European public debate.

“I believe that the Lux Prize also sends a strong signal in defence of the European cultural identity,” he adds.

The movie is set in the 1930s with the Sparrok sisters as the main characters in a film which centres around two Sami girls known in English as Laplanders.

The two sisters are sent to a school for nomads where teachers speak only Swedish resulting in beatings, mobbing and bullying.

The movie was inspired by the experiences of director Amanda Kernell’s own grandmother.