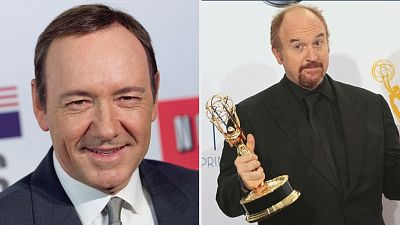 The release of Louis C.K.‘s film “I Love You Daddy” was scrapped on Friday following allegations of sexual misconduct against the US comedian,.

Its distributor, The Orchard, bought the film for $5 million two months ago. Now it’s scrapped its release, originally scheduled for Nov. 17.

Netflix also canceled a planned stand-up special with the comedian.

The announcement came a day after The New York Times published the accounts of five women accusing C.K. of sexual misconduct – including three who said he’d masturbated in front of them.

In a written statement on Friday, the comedian admitted the claims were true and expressed remorse for his actions.

Louis C.K.‘s full statement on his sexual misconduct: “These stories are true … I have been remorseful of my actions.”

“These stories are true. At the time, I said to myself that what I did was okay because I never showed a woman my (penis) without asking first, which is also true. But what I learned later in life, too late, is that when you have power over another person, asking them to look at your (penis) isn’t a question. It’s a predicament for them. The power I had over these women is that they admired me. And I wielded that power irresponsibly,” the statement read.

“I have spent my long and lucky career talking and saying anything I want. I will now step back and take a long time to listen.”

It’s been an extraordinary week for the movie industry.

The list of celebrities targeted by allegations of sexual misconduct has been growing day by day – exposing some of Hollywood’s long kept dirty secrets.

As Kevin Spacey faces mounting claims of sexual assault, Ridley Scott and Sony have decided to completely erase him from the movie “All the Money in the World” and reshoot all of his scenes, just six weeks before its release.

“The objective is to get your film to be nominated and win as many awards as possible,” said Professor Jonathan Shalit, Entertainment Agent.

“And it’s inconceivable that a Kevin Spacey movie would be nominated, let alone win any awards, so therefore this movie would be killed before it started. And indeed, no newspaper is going to review the movie, no television station is going to show clips of the movie, so the film has been stopped dead in its tracks.”