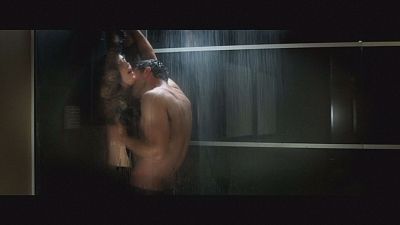 The film had its world premiere in Los Angeles last week.

“I think that’s what truly drives people to the film – these people, Anastasia and Christian, just severely love each other and they let it happen and that is a beautiful thing to watch unfold,” said actress Dakota Johnson.

However Eric Johnson plays Jack Hyde who hopes to persuade Ana that she is dating the wrong guy.

‘I am not a bad boy. I am like the opposite of a bad boy. I just play them on film. I am captain safety pants. I don’t want anyone to fall down and get hurt.I am definitely not a bad boy. Motorcycles kind of scare me. You know I am just like not cool and bad at all,” said the actor of his character.

Dakota says that she couldn’t stop laughing while shooting this scene and Jamie couldn’t seem to get his lines right. #FiftyShadesDarkerpic.twitter.com/D8YeIwpHC6

The first movie in the trilogy was of course ‘Fifty Shades of Grey’ which was released a year ago. The book was a best seller but the movie failed to titivate the critics with reactions from some negative.

We wait to see if the reviews are ‘darker’ for this sequel.

Golden and silver Bears on awards night at the Berlinale