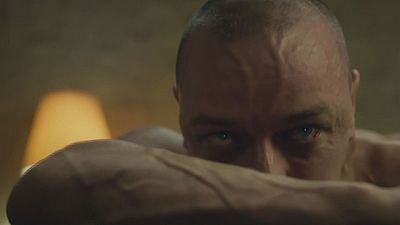 A young boy. A female. A man with Obsessive–compulsive disorder. Those are just some of the nine personalities portrayed by actor James McAvoy in the new thriller “Split,”.

“I usually have to create a character and I spend a certain amount of time doing that. This movie I did it nine times with half the time I usually get to do it which is one character.

‘So, I was really clear about what they were all like separately and I had to be otherwise they’d kind of all bleed in to each other and be a slightly confusing, muddy confusing for the audience whereas it had to be quite clearly defined,” explained the actor.

Thrillers are the currency in which the director of ‘Split’ works. M. Night Shyamalan other works include the supernatural horror thriller ‘The Sixth Sense’ and the psychological thriller ‘The Village’.

“I like to portray the world around us, point out something that’s extraordinary to me, you know, and then ask a question about that. If that’s true – could this be possible? And this is what this disorder is for me, an absolutely fascinating disorder. Very moving and very poignant but unbelievable what the mind and the body can do,” he opined.

The plot revolves around the kidnap of three teenage girls by Kevin played by James McAvoy. He then torments them with his various identities.