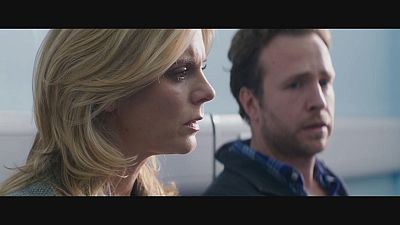 ‘Mum’s List’ tells the true story of a wife and mother of two who is diagnosed with incurable breast cancer.

In an attempt to make sense of things she begins to write about her memories and family to encourage her loved ones to live well after she dies.

Emila Fox, who plays the part of mother Kate Greene, said: “I was of course immediately moved by this story and thought it was a huge honour to be asked to play Kate and also a huge responsibility to make sure that one got it right for Singe and for the boys, and for Kate’s family and people who knew her. But I felt in good hands because Niall knows the family and Singe, the boys were very much there during the filming process.”

The director Niall Johnson knew the family as they lived in the same town; his screenplay is based on the best selling novel: “What started out as very simple instructions, like ‘Give our son medicine,’ for his illness, instructions for two weeks from her passing, became bigger things, thoughts and memories and she was memorialising herself, she was giving him permission to move on, giving him the tools with which to do that, making sure that things that she would one day have to say to the boys as they leave for school every day, that she was never going to get the chance to say, say those things, to give them her advice.”

Her widower and author is St John Greene:“I think she’d be very bemused at the fuss that’s been caused by her little list, to us as her boys. But I think she’d be amazed how many people it’s affected and I think that’s the really powerful thing about something like this”

The film is out now in the UK.