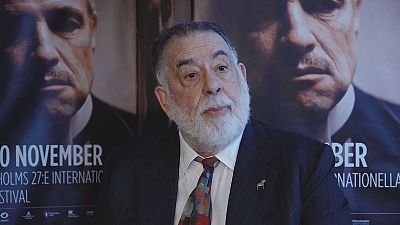 Donald Trump’s victory was met with disbelief, and sometimes upset in Hollywood, where many endorsed Hillary Clinton.

“I’m an optimistic person and I think the best of everyone. I also believe that the office of president itself is an entity. (…) I give all people the benefit of the doubt. Donald Trump, to say good things about him, which is all I would say, is he’s imaginative and he’s results-oriented and he’s not a right-wing arch, you know, either in religion or politics.”

At the Los Angeles premiere of coming-of-age drama ‘The Edge of Seventeen’, Trump’s surprise victory was on everybody’s minds.

“I feel mostly just very sad about the state of division in this country,” said actress Kyra Sedgwick. “I feel like I want to get on a bus with other lefties like myself, who live in New York and L.A., and go in the middle of the country and, like, ‘Let’s talk about what makes us similar instead of what divides us’.”

According to producer James L Brooks it is concern, not anger, that dominates: “I don’t know. It was something that people generally didn’t see coming. And something that scares me, has me worried. I think the quiet demonstrations in New York tonight and elsewhere were sort of eloquent. And it’s not angry people, it’s people worried for the country.”