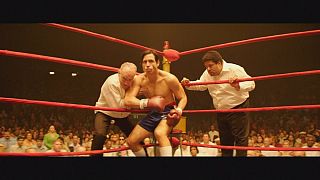 Robert De Niro is back in the ring, or at least in a corner and will fight for the top box office spot with his new boxing drama ‘Hands of Stone’.

Although Duran is at the film’s centre, Ramirez said the sport is just the context.

“Boxing is just the context. It could have been golf, it doesn’t matter. It’s a human story, a universal story.”

“For every great movie there is a song. For every great moment there’s a song. Music is the greatest communicator of emotion and time. And I really hoped to create something that would complement the incredible film that I feel this is. I know the ‘Rocky’ theme song, I know all of the ones that have worked for boxing. So I wanted to take a different approach. I wanted it be something that celebrated both my Latinos and also too, Americans,” said Usher.

‘Hands of Stone’ will be released in US cinemas this month.