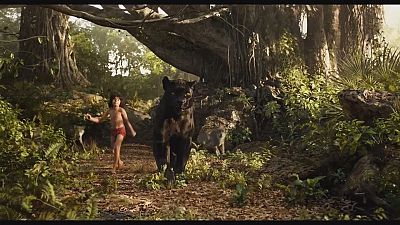 Inspired by Rudyard Kipling’s novel, ‘The Jungle Book’ is one of Disney’s most popular classics. Originally released in 1967, and digitally remastered 40 years later, the story has now been turned into a live-action CGI movie with stunning special effects.

We tried to pay homage to the music, to the visuals, to the characters, to the humour. But we also updated it, I think, by making it photo-real.

Directed by ‘Iron Man’‘s Jon Favreau, the film introduces newcomer Neel Sethi as Mowgli and features the voices of a host of A-list celebrities.

At the world premiere in Los Angeles, Favreau and the cast said they were not worried about comparisons with the earlier Disney classic.

“We tried to pay homage to the music, to the visuals, to the characters, to the humour. But we also updated it, I think, by making it photo-real, by going from a G-rated musical to a PG action film,” said Favreau.

Ben Kingsley is the voice of Mowgli’s mentor Bagheera.

“I think the driving force behind the book is so powerful that it has translated into the famous 1967 movie and now into this. But the starting point is that great piece of work on the page and in the book,” he said on the red carpet.

Lupita Nyong’o voices Raksha, the protective mother wolf: “I hold that film (the 1967 original) very dear to my heart because it awakens my imagination and I love just day-dreaming about being in the jungle. But Jon (Favreau)‘s vision is the reason I did this film because he was interested in creating a jungle that felt immersive,” she said.

Also starring the voices of Scarlett Johansson as Kaa the python and Bill Murray as Baloo, ‘The Jungle Book’ has opened to critical acclaim and rolls out in theatres worldwide this month.