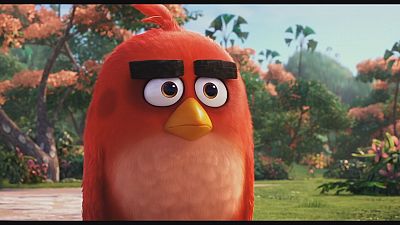 Red, the animated character in the upcoming ‘The Angry Birds Movie’, was named Honorary Ambassador for Green on the International Day of Happiness at the United Nations.

The appointment is part of the ‘Angry Birds for a Happy Planet’ campaign which aims to encourage people to take action against climate change and its impacts.

The 3D computer-animated action-adventure comedy film, which is based on the video game series of the same name, is about a flock of flightless birds living happily on an island, when they are suddenly confronted by new visitors, a group of pigs.

The American actor and comedian, Jason Sudeikis, does the voice of Red in the English version.

The first Angry Birds game in the series was initially released in December 2009 and went viral worldwide. Angry Birds Toons, a TV series based on the game, made its debut in 2013.

All in all, with games and TV, the Angry Birds have entertained millions and millions of children and video gamers.

The film’s budget is estimated at approximately 75 million euros. In addition, the Finnish computer games developer, Rovio Entertainment, and Sony Entertainment will spend around 100 million euros on the marketing and distribution of the film.