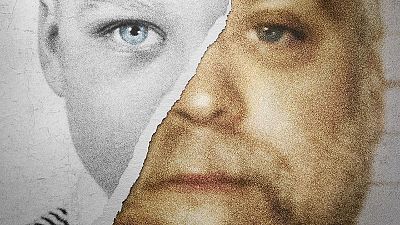 SPOILERALERT: this article contains details that may reveal the outcome of Making a Murderer.

It is gripping, harrowing and infuriating. I have spent hours insulting, pitying and pleading out loud with its protagonists on-screen. Brilliantly pieced together by its creators Laura Ricciardi and Moira Demos, Making a Murderer is more bizarre, more unthinkable than most fiction out there on television.

The 10-episode series follows the case of Steven Avery, convicted of sexual assault and attempted murder in 1985 after an investigation by Manitowoc County Police (Wisconsin, USA) that can be described, at best, as incompetent and, at worst, maliciously driven. After 18 years in prison, DNA evidence proves the guilt of another man. But just as a redeemed and released Avery is on the verge of sealing compensation from Manitowoc police, they arrest him again, this time on a murder charge. They also arrest his nephew Brendan Dassey, a teenager with learning difficulties who confesses to abetting Avery.

The documentary argues, very persuasively, that Avery was framed by the very Manitowoc County police he was suing and that Dassey’s confession was forced by the special agents interrogating him. You actually watch, stupefied, as the agents in question ask Dassey to say what they would like to hear and, horrified, as he implicates himself by obeying them.

Making a Murderer does not present all the evidence and testimonies heard by jurors in the cases. It is not a word-for-word reproduction of the trials. This is something I had to keep reminding myself about frequently over Christmas. For my sanity’s sake.

What the documentary does do is take certain aspects of the prosecution’s case, the evidence it was presenting to jurors, and pick holes in it. Holes so big it has you wondering how on Earth a jury could convict Avery and Dassey even on the balance of probabilities, let alone beyond all reasonable doubt (this is the burden of proof in the UK’s legal system, with which I am familiar, and not that of the USA, but my point remains the same).

I am far from the only one to have had their Christmas hijacked by Making a Murderer; a quick tour of the hashtag #MakingAMurderer shows the breadth and depth of feeling on the subject.

Members of the hacking group Anonymous have evidently also been viewers and have threatened to reveal phone records that may implicate Manitowoc County police officers in the alleged framing of Avery. You can follow that particular Anonymous operation here.

As I say above, I tried to bear in mind that the documentary wants to take you somewhere and I wanted to resist being blindly taken there by some sort of trial-by-Netflix. But Making a Murderer raises so many valid and important questions, not just of this case but of the justice system the people of Wisconsin (and by extension the USA and by presumption everywhere) trust.

The story of what happened to Steven Avery and Brendan Dassey and their families makes me furious. The story of what happened to the murder victim and her family makes me sad, especially knowing that the real killer may still be at large.
But the reaction to Making a Murderer, the outrage and the call to action it has produced, reassures me that what might be an immense wrong could actually be righted.

It’s not an easy watch, but it’s an emotional one.

#MakingAMurderer I. Can't. Stop. Watching. It's crushing but utterly spellbinding.

Watch the first episode of Making a Murderer: