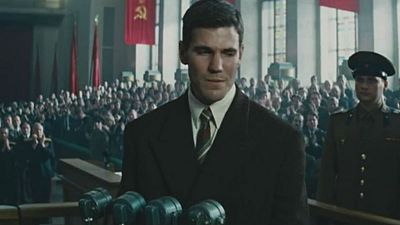 Based on the novel of the same name, Steven Spielberg’s latest movie ‘Bridge of Spies’ stars Tom Hanks as an American lawyer recruited by the CIA during the Cold War to help rescue a pilot detained in the Soviet Union.

At the movie’s world premiere at the New York Film Festival, director Steven Spielberg said the cast really did the story justice: “This is an ensemble performance piece. And it’s not just Tom Hanks – who is amazing in this movie – or Mark Rylance, who is equally amazing, but it’s all the cast that support them in the telling of this true story. The story is based on true events. So, in that sense, I have tremendous satisfaction at the end of this experience, it’s such an actors’ movie.”

“This is an old-fashioned film in that it doesn’t have lots of special effects or things, it’s just a very good story, an historical story, in which Steven and Matt (Charman) who made the first script, and Joel and Ethan Cohen, have distilled it down to a story that I think will be resonant,” said Mark Rylance.

Described as a magnificent cold war thriller the film has received positive reviews as well as praise for Charman and the Coen brothers’ crackling script.

Steven Spielberg’s ‘Bridge of Spies’ is on global release now.