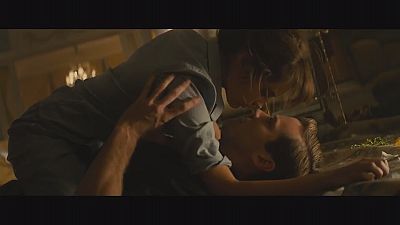 Guy Richie takes on another franchisable household name, one that has been in the kitsch cupboard for a while, with “The Man from UNCLE”.

A reportedly long list of big names walked away from this project after expressing interest, so recreating the original’s charm will be a key.

The dynamic duo have a host of high-profile females to deal with, in keeping with the series’ style and sex ethos..

“I think in our film it’s quite rare to see in a big franchise movie these two very, very strong female characters, and I think it’s something you’ve seen the last couple of years, with big fantasy productions that have been here which actually has single female leads. And it’s something that I think it’s changing — thank God — and I think women and men are both proven to want to go see women as much as men on screen,” says Alicia Vikander, who plays Gabby Teller.

In four brief years on TV the original series brought some James Bond swish to the small screen where it looked exceptional. Movie versions at the time failed to thrill, even if the series launched the careers of its co-leads.

Richie’s movie again shows plenty of attention to period detail and offers a succession of striking set-pieces for the actors who did want to get on board.

“Coming from a dance background, the physicality of your character, even if it’s sort of an unconscious thing, you’re very aware of it. I know I used it when I was creating my character. She’s a villain. But I always had this idea that she sort of almost floated…that she was statuesque. It’s like her power is in her otherworldliness, in a way,” says Elizabeth Debicki who, like Vikander, is a former ballerina.

There is a lot of competition out there for audience money from franchise products, a stream of which are coming to cinemas soon.

Summer takings are critical, but the movie has only made around a third of production costs so far, so the rollout in cinemas in southern Europe followed by India and Latin America to France in September may be too late to save the bottom line.