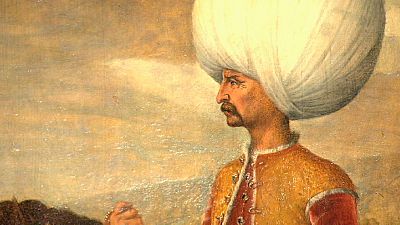 A new exhibition in Belgium aims to highlight the influence of Ottoman culture on western artists.

“The Sultan’s World: The Ottoman Orient in Renaissance Art” has opened at the Brussels Centre for Fine Arts.

The exhibition looks at Ottoman influences on artists such as Gentile Bellini, Albrecht Durer, Hans Memling and Jacopo Tintoretto – who were inspired by the culture and the pomp of sultan life.

“What is new here is that we include also central eastern European countries for the first time. Most exhibitions before have mainly focused on Italy, the Netherlands and Germany but now we also show arts coming from Hungary and Poland for example,” explained Curator Guido Messling.

The Sultan’s World exhibition brings together around 160 works of art and precious objects, including etchings, fabrics, carpets and weaponry.

“It’s a chapter in history that little is known about, fascinating,” said one visitor.

The Sultan’s World exhibition runs in Brussels until 31 May 2015. It then travels to Krakow, Poland.