Key points to know for Monday:

US seeks to seize 2 luxury jets linked to Roman Abramovich

US authorities have moved to seize two luxury jets after linking both to Russian oligarch and former owner of Chelsea F.C, Roman Abramovich.

The $60 (€56) million Gulfstream and a $350 (€327) million aircraft are believed to be amongst the world’s most expensive private airplanes.

On Sunday the United States announced new sanctions and penalties on Russian oligarchs and elites, Kremlin officials, businessmen linked to President Vladimir Putin and their yachts, aircraft and firms that manage them.

The Russian foreign ministry said it had imposed personal sanctions, which ban those named from entering Russia, in retaliation for "constantly expanding US sanctions against Russian political and public figures, as well as representatives of domestic business."

There were comparisons between the French victims of the World War II Nazi invasion, and the  Ukrainian population today in the face of Russian aggression, at a ceremony in Normandy on Monday commemorating the 78th anniversary of D-Day. 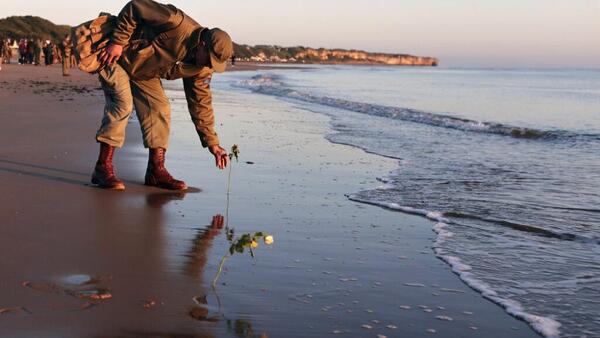 “Kyiv may be 2,000 kilometres away from here, they too, right now, today, are experiencing the same horrors as the French citizens experienced in World War II at the hands of the Nazi invader.”
19:39

What has Macron said about not 'humiliating' Russia?

Criticism of Emmanuel Macron continued on Monday, following his reported comments at the weekend in which he said it was necessary not to "humiliate Russia".

Critics accuse him of a stance that risks selling Ukraine short and may even encourage Vladimir Putin to intensify Russia's aggression.

So what did the French president say? Read more here: 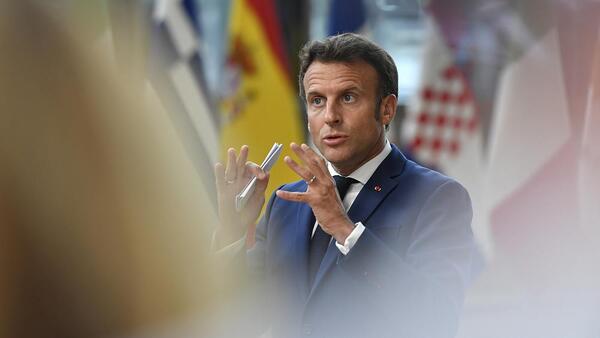 What has Macron said about the need not to 'humiliate Russia'?

The French president has been strongly criticised after repeatedly stressing the need to chart a diplomatic path with Russia once the fighting ends in Ukraine.
17:59

Boris Johnson and Volodymyr Zelenskyy "had an in-depth discussion on Ukraine’s ongoing battle against Russian aggression in the Donetsk and Luhansk regions," the UK prime minister's office said on Monday.

The UK prime minister faces an internal party challenge to his leadership on Monday following a domestic political scandal.

The U.S.-backed broadcaster Radio Free Europe/Radio Liberty (RFE/RL) has been fined 20 million roubles (€304,000) in Russia for failing to delete what Moscow calls "fake" news about its military operation in Ukraine, the Interfax news agency reported on Monday.

According to Interfax, Radio Liberty refused to delete reports that included a tally of deaths among civilians and Russian service personnel "as well as extremist statements about Russians". Russia has not provided military casualty figures since March.

RFE/RL, which also runs a news website, has been given a slew of fines in recent months and said in March that it was suspending operations in Russia after it was declared bankrupt and police pressure against its journalists intensified.

A hearing on its appeal against the bankrupcty ruling is scheduled for Wednesday.

RFE/RL said in March that it had been targeted for telling the truth, and that it planned to continue reporting on Russia from outside.

Since sending its armed forces into Ukraine in February, Russia has passed legislation that allows for prison terms of up to 15 years for journalists who intentionally publish reports at variance with Moscow's account of the campaign.

Moscow says that campaign is a "special military operation", not a war or invasion, and was necessary to thwart a Western attempt to use Ukraine to threaten Russia, and to protect Russian-speakers there from persecution.

Ukraine and its allies say these are baseless pretexts for a land grab that has killed thousands, flattened cities, and driven more than 6 million people to flee abroad.

New car sales continued to plummet in Russia in May, falling 83.5% year-on-year, weighed down by inflation and major Western sanctions against Moscow.

In May, 24,268 new light vehicles were sold -- a 52% drop compared to April -- according to figures published by the industry body the Association of European Businesses (AEB).

The collapse in sales began in March, following the imposition of heavy sanctions on the sector, including in particular a ban on the export of spare parts to Russia.

Car production is also suffering badly: April's figures showed a year-on-year fall of 85.4%, due to the withdrawal from the country of a number of foreign brands and the halt to the supply of spare parts which forced many local factories to shut down.

Tens of thousands of employees of Russia's largest car producer, Avtovaz, have been on paid leave for months, and most of its production has come to a halt. Renault sold its Avtovaz assets to the Russian state in the first major nationalisation.

Inflation and the instability of the rouble have also made it harder for Russians to buy imported goods, especially cars.

In May, Russia published a list of around 100 categories of goods that can be imported without the consent of intellectual property owners in order to circumvent the restrictions. These include major car brands and spare parts.

Russia has also eased standards for the manufacture of vehicles on its territory, allowing the production of cars without ABS or airbags, because of shortages of electronic components and spare parts.

Ukrainian forces defending Sievierodonetsk are "holding on" despite assaults by Russian troops, President Volodymyr Zelenskyy said on Monday -- adding however that Moscow's forces are "more numerous and more powerful".

Speaking at a meeting with journalists in Kyiv, Zelenskyy said the situation on the eastern front was "difficult". The cities of Sievierodonetsk and its sister city of Lysychansk "are dead cities today", he said.

The president argued that Ukraine's forces had "every chance" of fighting back, and said the Ukrainian command would "make decisions according to the situation".

Between 10,000 and 15,000 civilians are still in Sievierodonetsk, which has been shelled for weeks by Russian artillery, Zelenskyy said.

Regional governor Sergei Haidai said earlier on Monday that the local situation had "worsened" for the Ukrainian army, despite a counter-attack that regained control of half the city.

The city's mayor, Oleksandre Striouk, told the Ukrainian agency UNIAN that "the situation is changing every hour" and that "intense street fighting is underway", as well as an "artillery duel".

The industrial centre is the largest remaining Ukrainian-held town in the eastern region of Luhansk, where Russian soldiers have been advancing step by step in recent weeks.

The Russian army is currently trying to conquer the entire Donbas, partly in the hands of pro-Russian separatists since 2014.

Russia should not close the U.S. embassy despite the crisis triggered by the war in Ukraine because the world's two biggest nuclear powers must continue to talk, the U.S. ambassador to Moscow was quoted as saying on Monday.

In a clear attempt to send a message to the Kremlin, John J. Sullivan, the U.S. ambassador appointed by President Donald Trump, told Russia's state TASS news agency that Washington and Moscow should not simply break off diplomatic relations.

"We must preserve the ability to speak to each other," Sullivan told TASS in an interview. He cautioned against the removal of the works of Leo Tolstoy from Western bookshelves or refusing to play the music of Pyotr Tchaikovsky.

His remarks were reported by TASS in Russian and translated into English by Reuters.

The Kremlin has sharply criticised three European countries which have refused to let a plane carrying Russian Foreign Minister Sergei Lavrov cross into their airspace, for a planned official visit to Serbia on Monday. 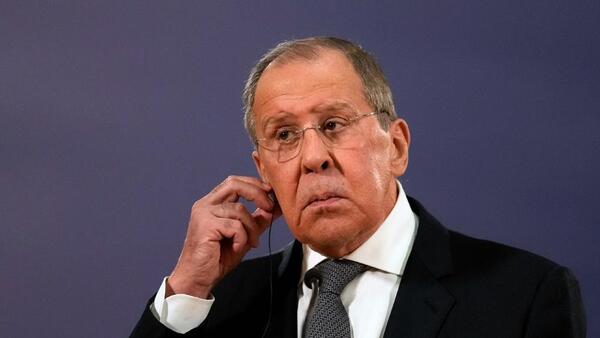