Heavy shelling and fighting has continued in the east as Russia's army attempts to establish control over the region.

See a summary of latest updates from Ukraine in our blog below and watch our TV coverage in the video player above.

Russia cracks down further on critics of invasion

His lawyer reported on Friday that Kara-Murza had been taken in for questioning at the Russian Investigative Committee headquarters. He has denied any wrongdoing.

Russian media reported that similar charges were also being drawn up against exiled tech executive Ilya Krasilshchik, the former publisher of the independent news site, Meduza.

The moves against the two Kremlin critics are part of a wideneing crackdown against opponents of Russia’s war in Ukraine.

Moldova has said it is deeply concerned by comments made by a Russian general surrounding its sovereignty, while summoning the country's ambassador.

On Friday, Moldova summoned Russia's ambassador to protest against statements a Russian general made that Moscow wanted to capture southern Ukraine to gain access to a breakaway Moldovan region.

It called for respect of its "territorial sovereignty" and "neutrality."

Minnekayev said at a defence industry event earlier Friday that broader control of Ukraine would open the way to the Russian-backed breakaway region of Transnistria, in Moldova.

Transnistria broke away after a short civil war in the early 1990s and is unrecognised by most countries. An estimated 1,500 Russian soldiers have been stationed there since the civil war.

Since Russia launched its attacks on Ukraine on Feb. 24, fears have grown that Moldova could be next in Russia's crosshairs. Moldova is not a member of the European Union or NATO.

The war has prompted Moldovan officials to try to speed up the country's bid to join the 27-nation EU, which it applied to do last month. The process, however, will likely take many years.

'This is not a fairy tale,' EU official says Russia will step up military attacks in Ukraine

A senior EU official has said Russia will increase its military offensive in eastern Ukraine and along the coast, saying "this is not a fairy tale with an imminent happy ending."

The official added that the "next couple of weeks" will be decisive for the war in Ukraine, which began in February.

UN Secretary-General Antonio Guterres will travel next week to Russia where he will be received by Vladimir Putin, in what is their first meeting since the outbreak of the Ukraine war.

"He will also be received by President Vladimir Putin," it added.

Russian tanker seized in Greece released after change of ownership

Greece's Coast Guard announced Friday it will release a Russian tanker seized on Tuesday under EU sanctions over the Ukraine war.

"The ship has been released and is free to go," said a spokeswoman for the Greek Coast Guard.

Pegas, a 115,000-tonne tanker, which was carrying Iranian oil, has been freed by the Greek authorities as it is no longer subject to EU sanctions, having changed owners.

The tanker was due to sail to the Turkish port of Marmara, and has since been anchored in Karystos, in the south of the Greek island of Euboea, according to the international maritime traffic website Marine Traffic.

Nineteen Russians are on board.

It has been renamed Lana, said the coast guard spokeswoman, although the identity of the new owner is unclear.

"Thanks to technology, I know where my AirPods are now. It was looted by Russian Orcs from my home," said Vitaliy Semenets. 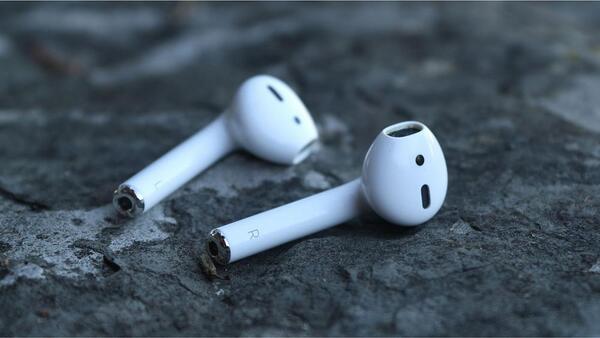 Negotiations between Moscow and Kyiv aimed at resolving the war in Ukraine are "skating," says the Russian Foreign Minister.

Sergey Lavrov made the remarks on Friday, with the talks not leading to any apparent progress.

"They are slipping, because a proposal that we handed over to the Ukrainian negotiators five days ago, and which was formulated taking into account their comments, remains unanswered," he said.

It is not clear what this proposal was.

Attacks on the steel mill in Mariupol where Ukrainian fighters are holding out against Russia have not stopped, said a city official.

"Every day they drop several bombs on Azovstal, despite false promises not to touch the defenders,” said Petro Andryushchenko, an adviser to Mariupol’s mayor, on Friday.

"Fighting, shelling, bombing do not stop,” he added.

Earlier in the week, Vladimir Putin told Russian forces to lay siege to the last Ukrainian fighters in Mariupol rather than storming the steel mill where they are holding out.

He ordered his troops to do so "in such a way that not a single fly would pass."

The Azovstal plant, on the Sea of Azov,  is the last stronghold of Ukrainian forces in Mariupol, which the Russians have sieged for nearly two weeks now.

Ukrainian authorities have estimated that 1,000 civilians are inside the plant along with the fighters.

West accused of 'pumping' weapons into Ukraine by Russian embassy

Russia's embassy in Iceland has accused Western states of trying to "actively stuff Ukraine with heavy armament," in a statement.

"It seems that neither Europe nor the US wants peace in Ukraine, prompting Kyiv to fight till the last Ukrainian,” Friday's statement read, with the Embassy criticising the actions of the Icelandic government.