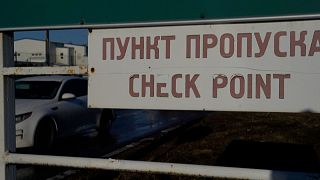 Queues near Donetsk as people head towards Russia

As evacuations began Friday from the rebel-controlled territories in eastern Ukraine, a huge traffic jam formed at the border with Russia.

A queue of cars and buses stretched for 22km towards the border checkpoint in Russia from the rebel-controlled Donetsk region in the early hours of Saturday morning.

Spiking tensions in eastern Ukraine on Friday aggravated Western fears of a Russian invasion and a new war in Europe, with a humanitarian convoy hit by shelling and pro-Russian rebels evacuating civilians from the conflict zone.