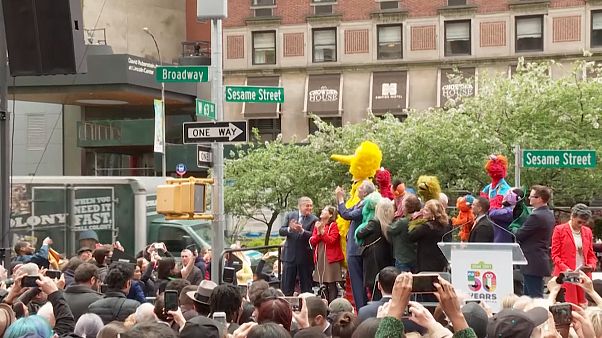 On May 1st 2019, New York Mayor Bill de Blasio and "Sesame Street" characters including Oscar the Grouch, Grover, Big Bird and Elmo, gathered to celebrate the popular series that reaches children in 150 countries and in 70 languages.

The Waze navigational App now also recognises Sesame Street as a location and will provide directions to the intersection.