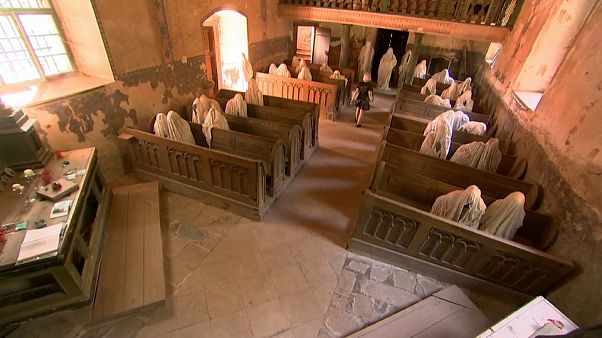 The church deteriorated until the late 1960s and was abandoned when pieces of the the ceiling began to fall during a funeral. But in 2012, art student Jakub Hadrava, used it as his canvas and filled its pews with ghostly figures.

The sculptures were created from plaster casts of live models draped in white cloth. The effect is chilling.

The site has become popular with travel bloggers and tourists; around 150 people visit on Saturday afternoons when the church is open to the public.