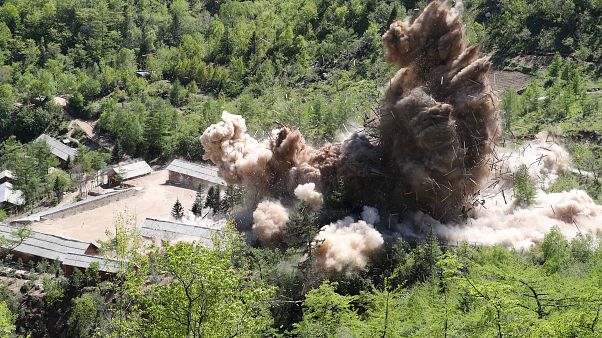 The explosions, that were witnessed by invited international media, were supposed to build confidence ahead of the planned meeting next month between Kim and President Donald Trump.

The blasts were centred on three tunnels at the underground site and a number of buildings in the surrounding area.

North Korea held a closing ceremony afterward with officials from its nuclear arms programme in attendance.