Half of Malawi was hit by the worst floods on record in 2015. Over one million people were affected.

Almost 300 people were killed or went missing and more than 370,000 were displaced.

Floods are a constant threat in Malawi. Over the past six months almost 100,000 people have been affected by meteorological disasters.

A flood alert is launched. A member of Chapola village’s civil protection receives a call from the closest upstream village where the level of water on the river Lungwena grows dangerously.

Residents such as Eneles evacuate fast, but with no panic. Mainly because this is only a simulation, but also because they have been prepared for months by the Italian NGO COOPI on how to anticipate, react and recover in case of floods.

The early warning system between the upstream and downstream villages is part of the Disaster Risk Management project implemented by COOPI and financed by the EU Humanitarian Aid office.

In less than one hour, all the residents reached the shelter area, two kilometres upstream.

"What I have learnt today will stay with me forever," says resident Eneles Alli. "We put up a tent ourselves and the whole community knows that this school area is the right place to come to in case of flood."

The Mangochi district, where the village is located, was severely hit by 2015 floods. Many of these residents lost houses, crops and animals. The NGO explains that the multiple risks faced by the population were among the challenges of the project.

"Our aim is to prepare the population to monitor the events that might hit them. One big part of our work has been supporting the community creating local civil protection committees."

Euronews' Monica Pinna points to a mark that indicates locals are on the evacuation route of the village. This path has been identified via this project that matches the latest geographic mapping technologies with local knowledge.

The NGO is using drones to create a database indicating vulnerabilities and hazards in Mangochi and Nsanje, two districts with the highest flood potential in Malawi. The project will end up mapping 16,000 hectares.

"The drone has been collecting thousands of images, something in the range of 40,000 images, says Josef Clifford, COOPI's Geospatial expert.

"And it has also been collecting points which are used to look at the topography of the area and from these two products we basically have to process them into final product, a high resolution image, around 28 centimetres per pixel."

These detailed maps allow residents to visualise their whole community in one go. Chapola villagers were asked to locate their houses, potential shelters and evacuation routes. An exchange that benefits both scientists and locals.

"We got the knowledge from the community which is essential because you need to have  local knowledge to know where things are for that village, what's important in that village and what their understanding of the hazards and the risks."

In this region, where natural disasters occur regularly, the EU is helping the population at a community level and the civil protection at a national level for a more efficient response.

"Some innovative technologies, like drone usage, seem to give great results in Western countries to know how, where and when to step in faster," says Alexandre Castellano from the EU's Humanitarian Aid office.

"We think this can be done here as well. This is why we appreciate and we finance this kind of intervention. Some of them are still pilot projects implemented in respect and harmony with local traditions." 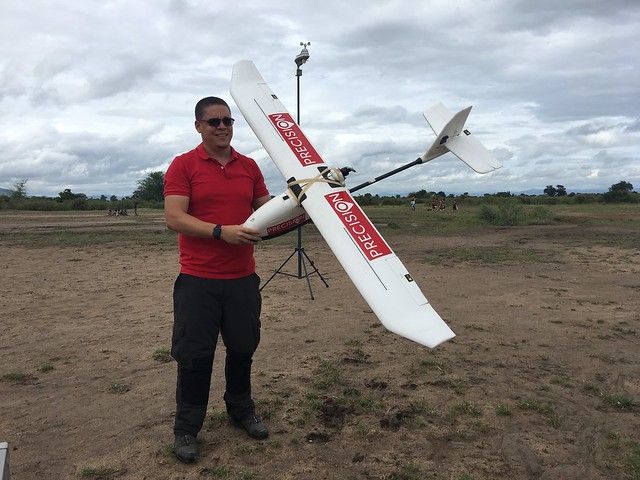 Advances in technologies are empowering both citizens and decision-makers to play a proactive role in managing disaster risks and providing more effective and cost-effective disaster response.

According to the European Union Humanitarian Aid office on average every euro spent for reduction and preparedness activities saves between four and seven euros, which would be spent in the aftermath of disasters.