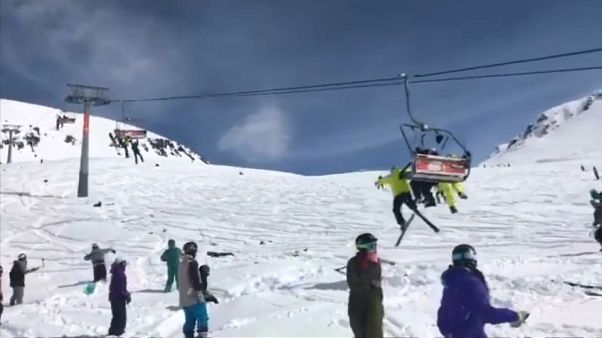 Skiers were forced to jump for their lives and others were flung off a ski lift at a Georgian ski resort on Friday, (March 16), after a serious malfunction.

Holidaymakers were travelling downhill at the Gudauri ski resort when the ski lift went out of control and started to pick up speed moving backwards. A video of the incident showed horrified onlookers shouting in panic as people were thrown off the lift and people gathered around an injured person.

At least 12 people were injured in the incident, including a Swede and a Ukrainian, and there were no fatalities, local media reported.

The Mountain Resort Development Company of the Ministry of Economy of Georgia stated that they had contacted the ski-lift producer, local media said.