In the dwindling moments of a heated belt-wrestling match between Turkmen Seýdi Batyrow and Uzbek Islomjon Kuldashev, the crowd’s enthusiasm is deafening — roars, claps and feet stamping.

There, in the indoor Olympic Complex in Ashgabat, Turkmenistan, the 24-year-old local hero is minutes away from earning a gold medal, and the crowd can sense it. 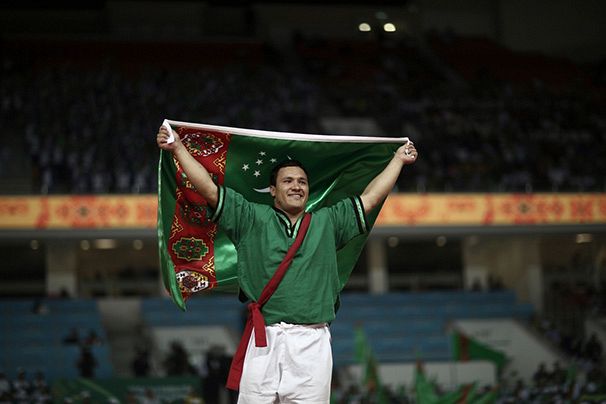 In years to come, this intense bout and more broadly these 5th Asian Indoor & Martial Arts Games (AIMG) may be seen as Turkmenistan’s moment — when it truly launched itself onto the international sports stage.

Ashgabat took the baton from Incheon in South Korea, which hosted the 2013 Games. Held every four years since 2005, AIMG covers Olympic sports like bowling and non-Olympic disciplines, from futsal to chess.

The 2017 Games, which took place from 17-27 September, featured athletes from Asia and Oceania competing in 340 medal events in 21 sports.

It was the first time a Central Asian country had hosted, and it quickly became clear Turkmenistan had big plans for its capital — with a $5 billion spend on tourism infrastructure and a purpose-built complex, complete with a 5 km monorail.

The Games torch arrived at the 45,000-capacity Ashgabat Olympic Stadium on the back of an Akhal-Teke horse. Only 6,600 of the local breed exist in the world; the distinctive animal even boasts its own public holiday.

A dynamic Opening Ceremony, produced by award-winning stage director Francisco Negrin, set the tone for 11 invigorating days. At one point, a few of the spectacle’s 7,000 international performers circled an illuminated centrepiece, on horseback. 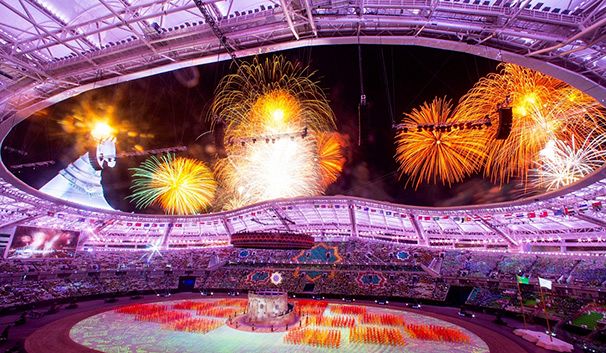 A horse theme figured in the Ashgabat games programme too, with the Akhal Teke Cup equine competition featuring the rare local breed.

For the first time since the Games started in Bangkok, Oceania participated — alongside Asian regional powerhouses Japan, China, Iran and South Korea. The giants of Australia and the minnows of the Marshall Islands alike came to Ashgabat, broadening the event’s global reach.

In the wake of the success of the maiden outing of the Independent Olympic Athletes team in Rio 2016, a refugee team, originally from South Sudan, debuted in the AIMG. Its star performer, Altaweel Ali won the bronze medal in the ancient Uzbek martial art, Kurash.

Iran, which came in third in the medal count, saw one of its own, weightlifter Sohrab Moradi, break a world record that had stood 18 years, in the 94 kg category. The 29-year-old lifted 413 kg, between snatch and clean and jerk, besting his own 2016 Olympics haul and earning him a gold medal.

Chinese swimmer Sun Meichen was the most decorated athlete. She returned home with four gold medals and three silvers after dominating the short-course pool — helping her country take the second spot in the medal count with 97 awards.

Ashgabat also pioneered a different kind of indoor challenge at the Games. It trialled eSports as a demonstration sport — an acknowledgement of the growth of competitive gaming.

In an event full of stand-out moments, one of the biggest surprises was Vietnamese dancers Trung Kien Nguyen and Hong Anh Pham winning a gold medal in dancesport, despite having only just taken up salsa months earlier.

Perhaps the most notable takeaway from the Games was the dominance of Turkmenistan’s athletes. Ahead of Rio 2016, the nation had picked a young, energetic team who would see the trip to Brazil as a stepping-stone to future success — a decision that has paid off. 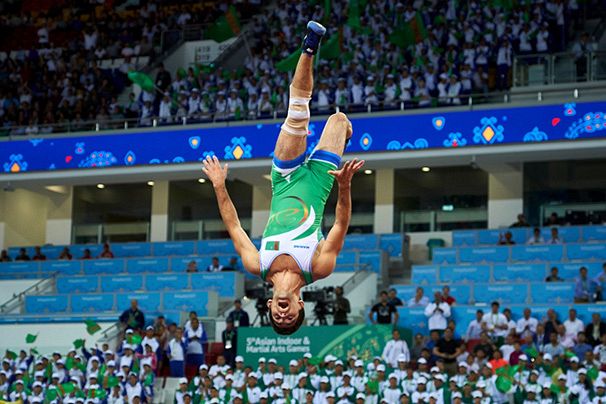 While the host nation traditionally thrives in sporting events, few might have predicted the extent of Turkmenistan’s gains — topping the medal table, ahead of much larger nations China, Iran and India with 245 in all — 89 of them gold.

The Games closed with a ceremony packed with spectacular pyrotechnics, acts by performers like the UK’s John Newman and Russia’s Nyusha; and an official send-off by President Gurbanguly Berdimuhamedow.

With the state-of-the-art Ashgabat Olympic Complex facilities available to Turkmen athletes for training, the nation’s peak AIMG performance could be a springboard for success on the world stage at the Tokyo Olympics and beyond.

In the end, the event — which drew over 6,000 athletes — was as much about strengthening regional and global athletic ties as it was about winning. 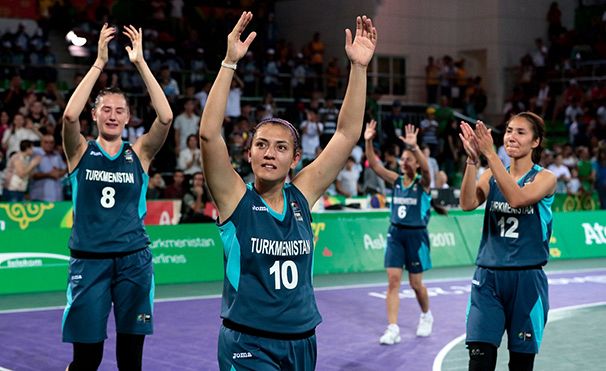