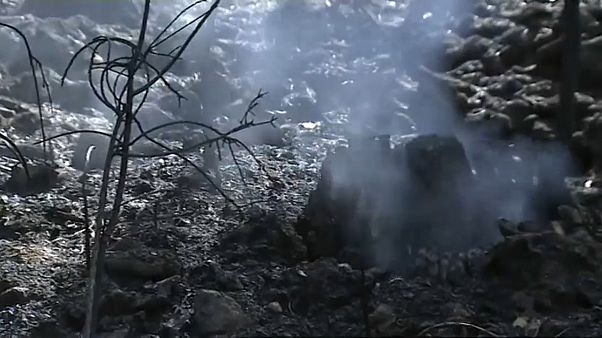 At least 41 people were killed and more than 70 others injured.

The fires, which raged through the country’s northern and central parts over the past two days, devoured many homes and left large areas of smoldering forests in their wake.

In the central town of Paredes, one of the worst-hit areas, small fires could still be seen in some parts of the local forests. Villages have been abandoned with many residential houses in embers. Many roads remained closed.

Officials are blaming more than just the weather for igniting the blazes and are looking into suspected arson.

It is the second time in four months that Portugal has been hit by deadly wildfires after huge blazes in June killed 64 people and injured over 250 others, the worst fires in decades in the country.

Spain’s Galicia region is also trying to return back to normal following a series of wildfires which left four people dead and destroyed around 12,000 hectares of woods.