Two controversial kisses are among his most famous works. The first between Pope Francis and President Trump, the second between FC Barcelona player Lionel Messi and his Real Madrid rival Cristiano Ronaldo.

TV Boy, a pseudonym used by Salvatore Benintende, is an Italian urban artist based in Barcelona who has started to gain international recognition for his portraits of famous people, transforming them using irony and sarcasm. 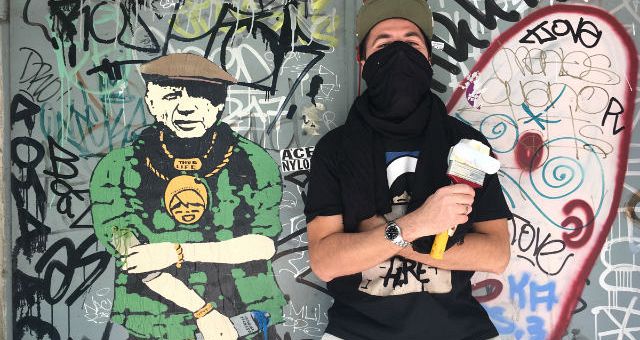 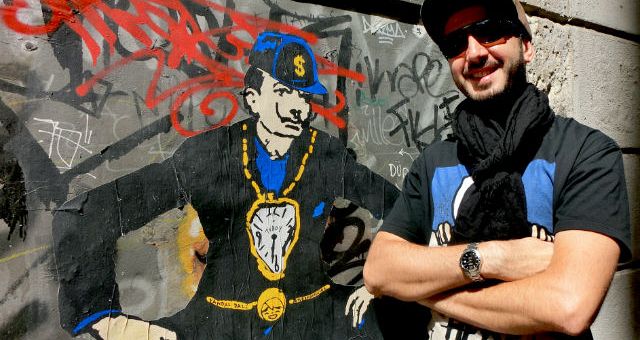 He has already created works on the walls of Los Angeles, San Francisco, New York, Rome, Barcelona, Copenhagen and Beirut.

Benintende has portrayed the mayors of Barcelona, Madrid and Rome as Wonder Woman, Angela Merkel as Terminator and Vincent Van Gogh and Frida Kahlo taking a selfie together. 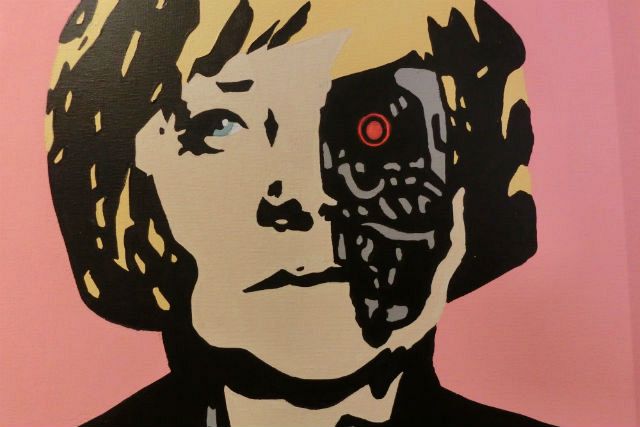 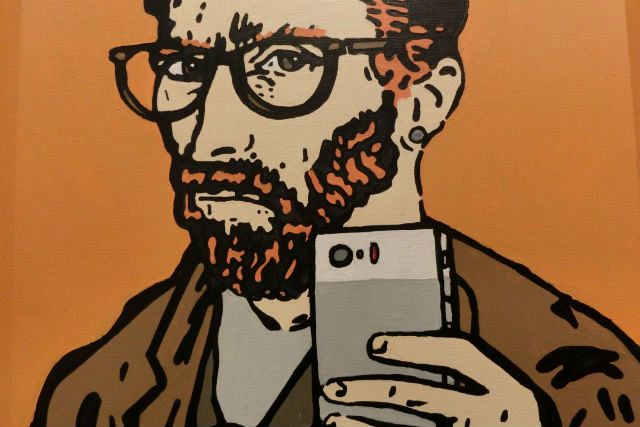 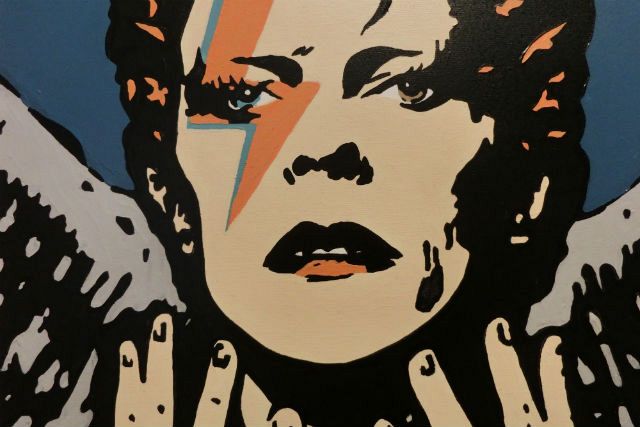 Other characters he has painted on the walls of various cities include Salvador Dalí, Pablo Picasso, Prince, David Bowie, Amy Winehouse, Kim Yong-un and Barack Obama.

Works by TV Boy are also exhibited in Barcelona’s Imaginart gallery where there are also pieces from famous street artists such as Keith Haring, Jean Michel Basquiat and Banksy. 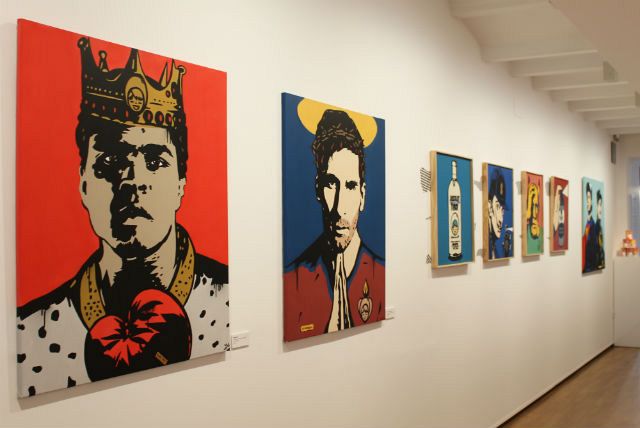 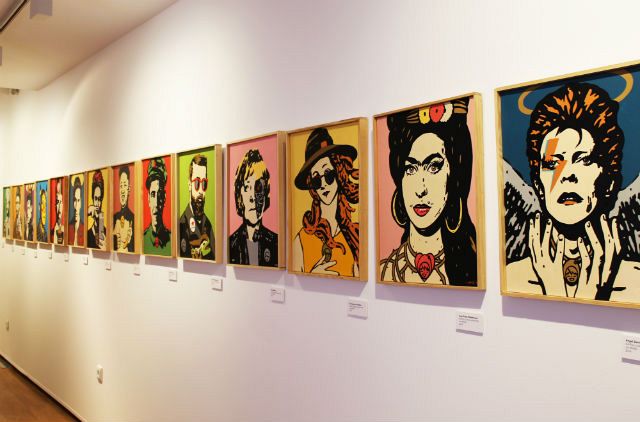 Hiding his identity to avoid fines

The artist prepares his artworks at home and later hooks them onto walls, normally wearing a cap and sunglasses to hide his identity. If caught, he faces costly penalties and has already paid a 300-euro fine.

TV Boy could ask permission but says that considering the bureaucracy he would face, he prefers to be free to put his works where he wishes but tried to avoid historic buildings and very old or new walls.

“The street has made me known in public, offering me the opportunity to exhibit in galleries.”

If the police catch me, I accept it and I pay,” he says. “Sometimes it’s easier to ask for forgiveness than permission.”

Bringing art closer to the public

With his so-called “urban pop art”, TV Boy intends to “bring art to people who are not used to visiting museums or galleries”.

He even hopes to reach the policeman whose job it is to chase down those who paint or hook murals on walls.

Through TV Boy’s work, one policeman has discovered a passion for street art and started a collection of various artists’ paintings.

He even commissioned a TV Boy mural but Benintende admits: “If he sees me one day, he will have to fine me.”

Kisses that leave an impression

Kisses between antagonists are common in TV Boy’s work. The controversial kiss between Trump – wearing red horns, a cape and a gun – and Pope Francis – sporting a saint halo – near the Vatican was intended “to send a positive message about how the pontiff forgives the US president for everything he does”. TV Boy wanted to show how in the end “the good forgive the evil”. 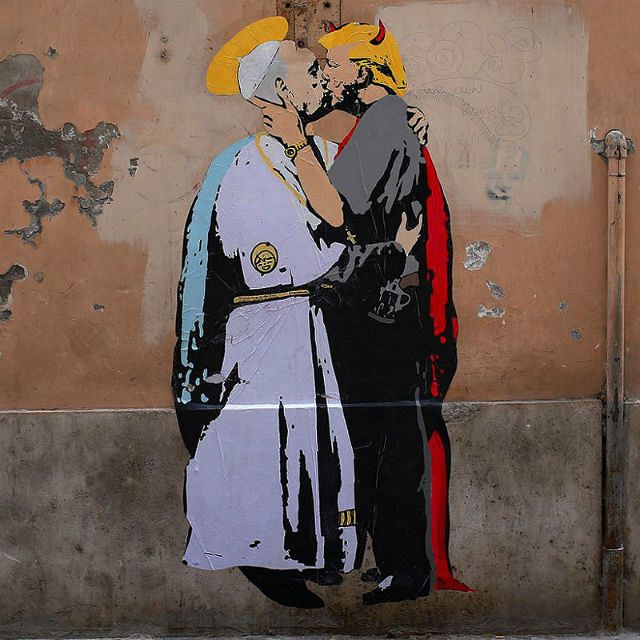 Another of his works showing a kiss between Messi and Ronaldo in Barcelona seemed to have fewer critics. 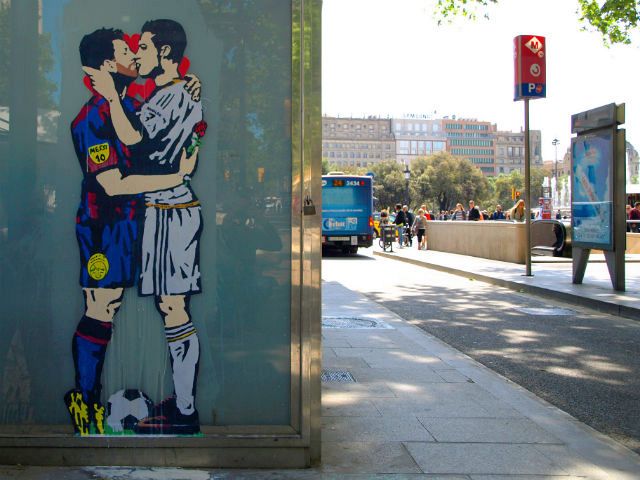 “I wanted to give a message of peace, love and unity between two great rivals on the day that Catalonia celebrated Sant Jordi and a match between FC Barcelona and Real Madrid took place,” said TV Boy.

The artwork was also meant to show that love is blind and was a big success, people even queued to be photographed with the players.

In spite of the fact that TV Boy doesn’t want to reveal his future works to maintain the “surprise factor”, he has said he intends to take his art to cities including Paris, Monaco, Naples, Milan and Miami. As always, he will bring a twist of irony to his art to get people’s attention and generate debate.