Notre-Dame Cathedral was locked down after police shot and wounded a man who attacked an officer outside the tourist attraction.

Officers shot at the man after he had threatened them with a hammer and refused to stop, according to sources.

Police said the incident was over at around 5.30pm local time, and the attacker was taken to hospital.

The officer was injured and the assailant was shot in the thorax, according to a source.

The French counter-terrorism office has opened an investigation after the incident at Notre-Dame Cathedral, the prosecutor’s office said.

Police asking everyone to raise their hands in the church pic.twitter.com/y5KkyWqdWK 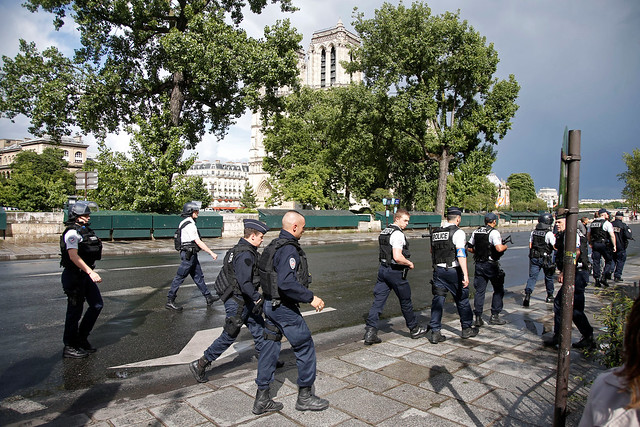 Images from inside the Cathedral showed tourists with their hands in the air.

France is still in a state of emergency following the terror attacks in Paris which left 130 people dead in 2015.