Re-learning how to walk normally is an essential part of rehabilitation, especially for patients who have suffered a stroke.

In Slovenia, the University Rehabilitation Institute in Ljubljana is testing a unique robot that not only helps people to walk again but also to regain a sense of balance.

Euronews met Anton, a man who suffered a stroke a year and a half ago.

He has only been able to walk again for a few months after traditional motor rehabilitation treatment at the institute in Ljubljana.

But then he took part in the testing of a prototype developed by the centre’s research unit.

Attached to the pelvis, the device is equipped with sensors and six motors capable of accompanying the different movements of the patient. Several programmes are possible according to what’s needed.

Zlatko Matjacic, the head of Research & Development, told Futuris: “The machine is controlled in a way to follow the movement and not influence it, when we want that the movement is natural.

“On the other hand, for example in stroke rehabilitation, when we want to work on the symmetry of walking then we would apply corrective forces.” 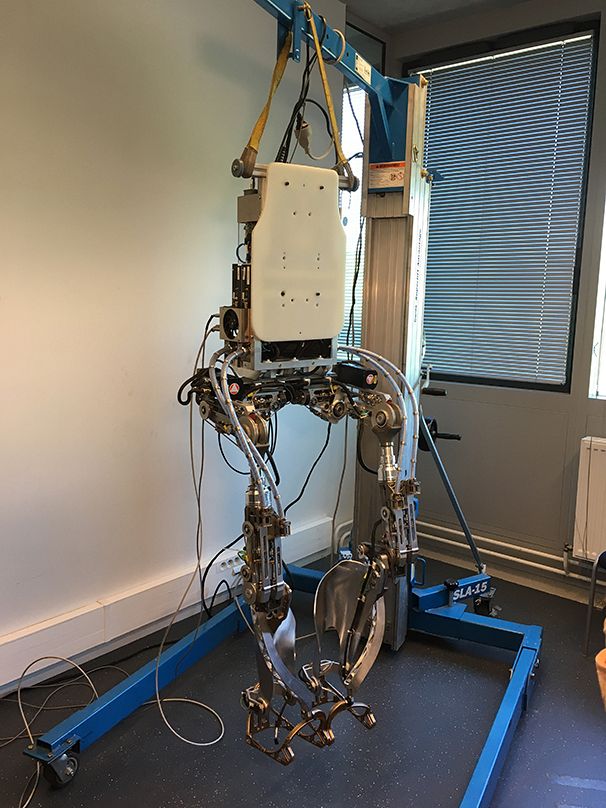 With Anton suffering paralysis on the right side, the device encourages him to correct his gait.

A screen allows him to follow in real time his performance, which is crucial for motivation.

This programme is part of a European research project aimed at understanding and solving problems of balance thanks to robotics.

Anton said: “This equipment helps me to extend my leg and my walk procedure, every day, and it’s better!”

An interactive robotics laboratory in the Paris region is also a partner in the project: the CEA-List laboratory at Gif-sur-Yvette.

Engineers have developed another prototype that goes even further, with an exoskeleton for the legs, from the pelvis to the ankles.

The goal is to reproduce the complex mechanism of balance, which doesn’t exist in the current exoskeleton.

Again, the robot must support or accompany and not force the human to do things.

Catherine Bidard, a robotics engineer at CEA-List, said: “This machine is developed with actuator technology that controls the effort and not just the position.

“What’s also particular about this is having four motorised axis points per leg.

“There is a side movement of the hip that will make it possible to regain balance or to turn.”

Keeping balance with only two points of support, like human legs, is a big challenge for scientists.

Computer researchers and engineers from several countries are working on final adjustments before human testing.

Jan Veneman, the Balance Project coordinator at Tecnalia Research & Innovation, told Euronews: “The main challenge maybe is in the control of how to collaborate with a human.

Within a few months Anton could be among the first to experiment with these robotic legs.

But it will take a few more years for these innovations to become more widespread.

What influence on climate is the coronavirus lockdown really having?