Every April 30, thousands of people gather in parks and other open spaces across Sweden to celebrate Walpurgis Night, or Valborg, the day that marks official arrival of spring.

Even though other Nordic and Baltic countries celebrate this day, each has slightly different traditions, connected with historic rituals. In Sweden, Valborg is all about barbecue, drinks, fun and sun. 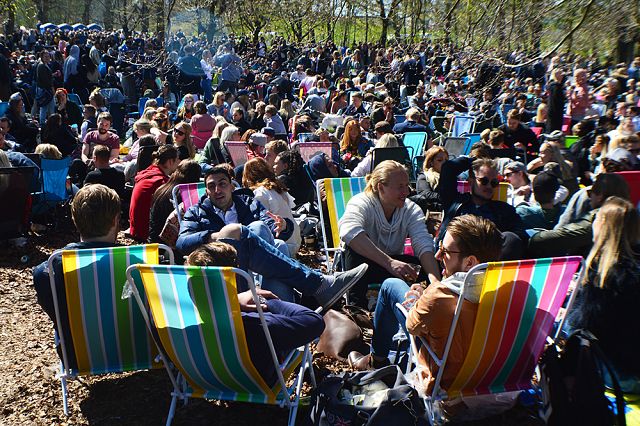 Usually, the biggest celebrations take place in student cities such as Uppsala, Goteborg and Lund, where large numbers of students gather with the residents to enjoy the celebrations. This year’s event held in Lund topped even the last one in which 25.000 people attended.

“I’ve heard just one number and that was 30.000. And people are traveling from all over Skane [south of Sweden] to be here,” said Joanna, one of the youth workers responsible for security and making sure that everyone has water.

This huge unorganised organized party, as Joanna calls the Valborg celebration gathering, happens every year in Stadsparken, starting in the early morning and continuing throughout the day. 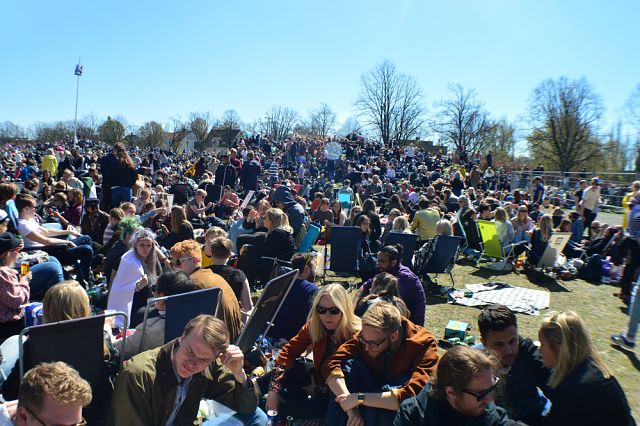 In general, the Valborg celebrations are not really organised but people spontaneously gather together for a picnic during the day where they drink, have a barbecue and have fun together. In Lund, the local authority provides music during the day, with the help of AF Radio and they also managing the late-night celebrations in which they usually have a choir and a mandatory bonfire that lights every year after 20:30 hours.

Genevieve from Malmo explains how this day brings everyone together: “You go your separate ways, everyone goes to different schools, you have friends everywhere. But on this day, everyone comes to the same place and then you get the chance to see those whom you haven’t seen in a long time.”

For her, Valborg is a traditional celebration. For others, such as Kevin from Lund, Valborg is “like Christmas” as he vividly explains. But bearing in mind that Lund is a student city, with a huge number of international students, for some of them this was a completely unique experience.

“It has been fun so far. You rarely see sunny days like this in Sweden, I am happy that it was a such a sunny day and such a fun experience,” says Imran from Pakistan who came to Stadsparken at 8:00 in the morning and stayed until the bonfire at night.

His friend, Gabriela, from El Salvador, was impressed with the level of organisation and the politeness of the police and everyone else in charge of security of this day.

“I think this event was very nice and really organised. About two hours ago there was trash everywhere and now everything is cleared up. And everyone is so nice, very civilised, very polite.” 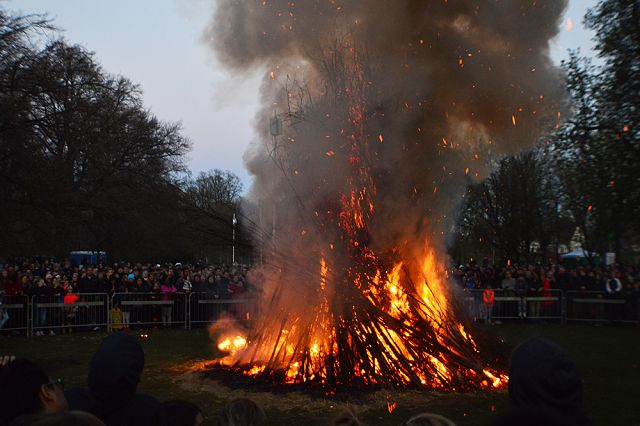 The main event of the Valborg is the huge bonfire. As Joanna explains the tradition of lighting the bonfire has its origin from the time when it was used to burn or drive away the witches. “Today we use it to get together, barbecue, have fun and celebrate the warmth coming back to our country,” says Joanna.

Imran, who is experiencing this event for the first time, believes that Sweden should popularise this event much more than they are doing now. 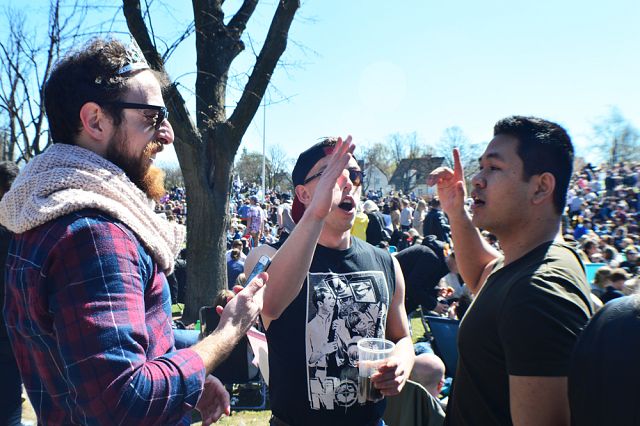 “It is a such a beautiful and huge event. And it is a typical Scandinavian thing not to share it. I didn’t hear about Valborg until January, and someone told me it was going to be a huge event here. They should say something about this. We hear about Greek carnivals, we hear about the German October Fest, we hear about a lot of stuff, the Chinese New Year, for example. The Valborg is good for industry, for tourism, for the city. This is a small town, they should prosper from it. And Swedish people are nice people, why not put it out there,” says Imran.

Popularise it or not, if the past events taught us anything, one thing is for sure: next year Lund can expect even more than 30.000 people for a picnic in Stadsparken.