Yalla Trappan, a Swedish social enterprise that combines work, inclusion and women’s empowerment started with just six women when it was founded seven years ago. Today, as it prepares for its seventh anniversary (May 1), it has grown to 34 employees.

Yalla Trappan is located in a Malmo’s Rosengård district, known for its segregation and portrayed by the media as a neighborhood with a high crime rate and even higher unemployment. Its only other real claim to fame – rather than notoriety – is being the place where Zlatan Ibrahimović grew up. Today, not far away from the courtyards where Zlatan honed the skills that propelled him to success, women from Rosengård are working towards the better future for themselves. 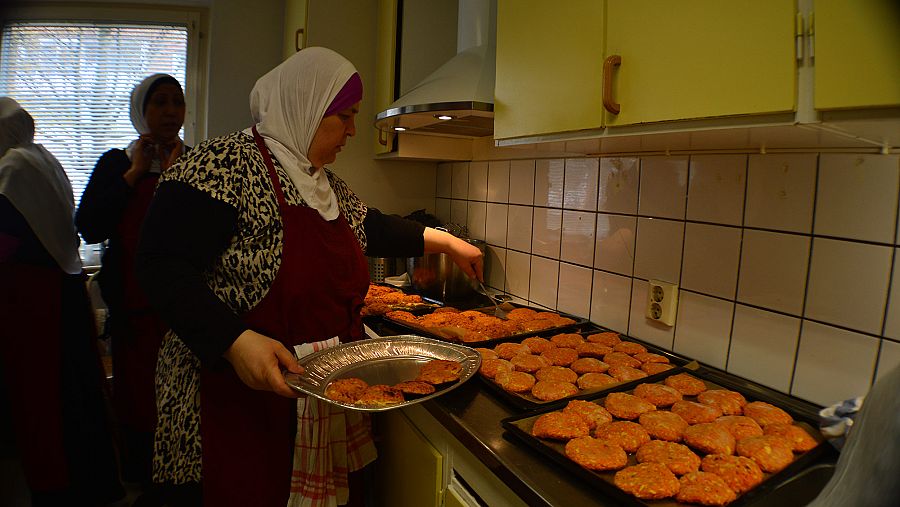 “The target group of Yalla Trappan is the women from this area. They are silent, you don’t hear them much, you don’t see them that much, they usually just stay at home. And when we started with this, we thought about the impact that mothers have in the family,” says Christina Merker Siesjö, a chairwoman of Yalla Trappan. The women employed by Yalla come from all over the world: from Lebanon, Palestine, Somalia, Macedonia (FYROM), Kosovo, Serbia, Syria, Bosnia and many more. 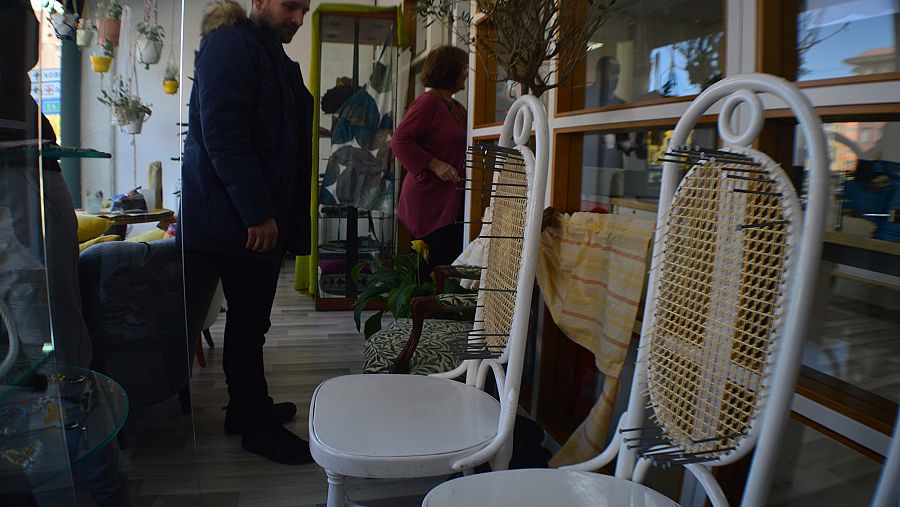 The core business of the organisation is the kitchen, catering service, cleaning service and sewing studio. But apart from those activites, they have lined up some pretty impressive projects over the years. They collaborate with IKEA in Malmo, they have their own studio and exhibition hall where they sell their range of products from Yalla Masala spice mix and marmalade to restored furniture and clothes. 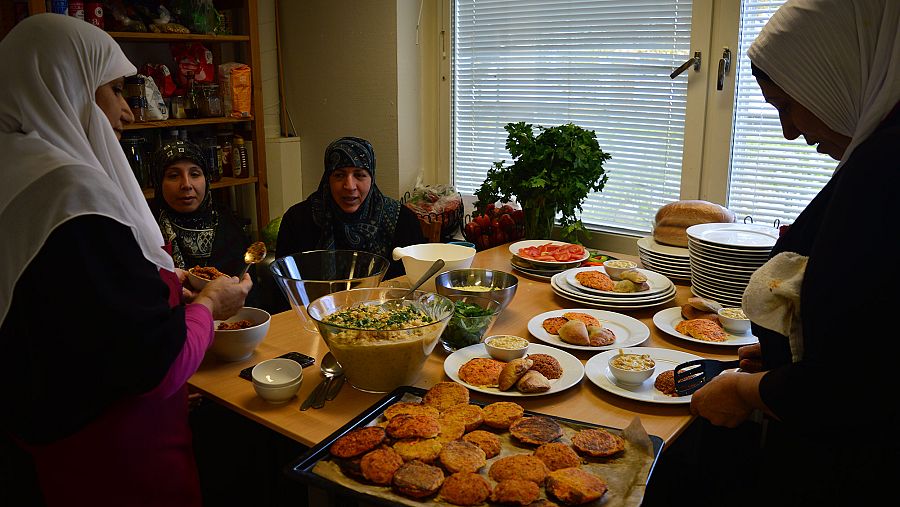 Christina explains that in the cases of almost all the women employed in Yalla Trappan, this was the first experience of work they had ever had. “We started from the bottom, so to speak. We started with the talk: what can you do? What do you know? So, it is no coincidence that we do cooking, cleaning and sewing, because they had some experience with that.” But in order to make the organisation as professional as possible, they hired chefs and designers to help them and to boost the women’s skills.
Altogether, some 13 nationalities are represented at Yalla Trappan, or as Christina calls it a “mini-UN”. 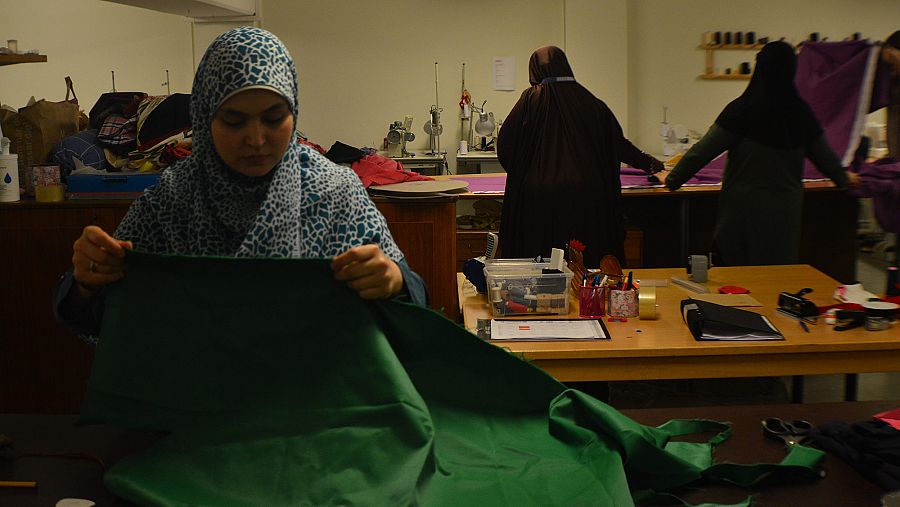 “Because we have so many women from different cultures, and they are very proud of their country’s cuisine, every week they have their own lunch duty. Today, a Palestinian woman is cooking her food, and then we learn from each other. We learn small tricks from different cuisines and nationalities and then when we change the menu, we bring those new ideas as well,” explains Johan, the chef from the catering kitchen. 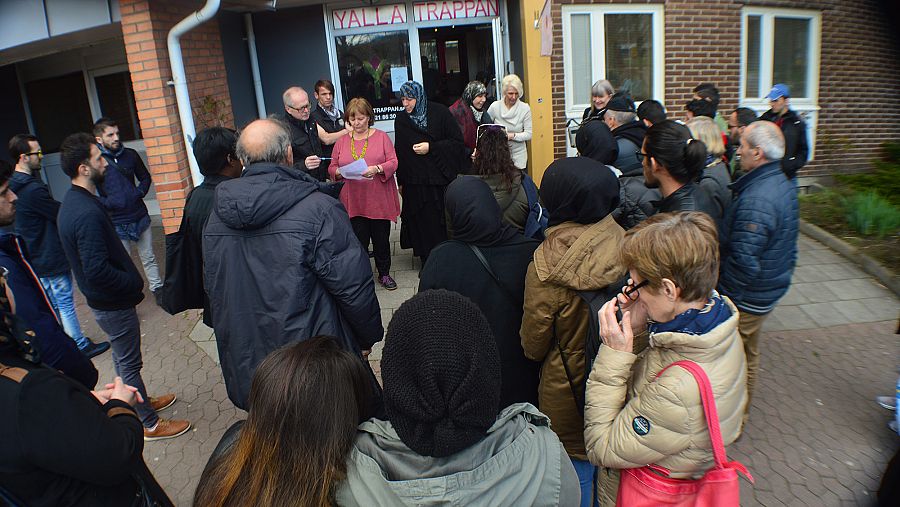 But Yalla Trappan is more than just a place of work. The women employed here are, for the most part, not formally educated and, as Christina tells us, the whole idea of the social enterprise is also about democratic participation, where women get to decide: “Because this is a women’s cooperative which means one woman, one vote.”

Apart from the huge impact this organisation has had on women in Rosengård and their families, they are also taking an active part in changing the image of the neighbourhood. 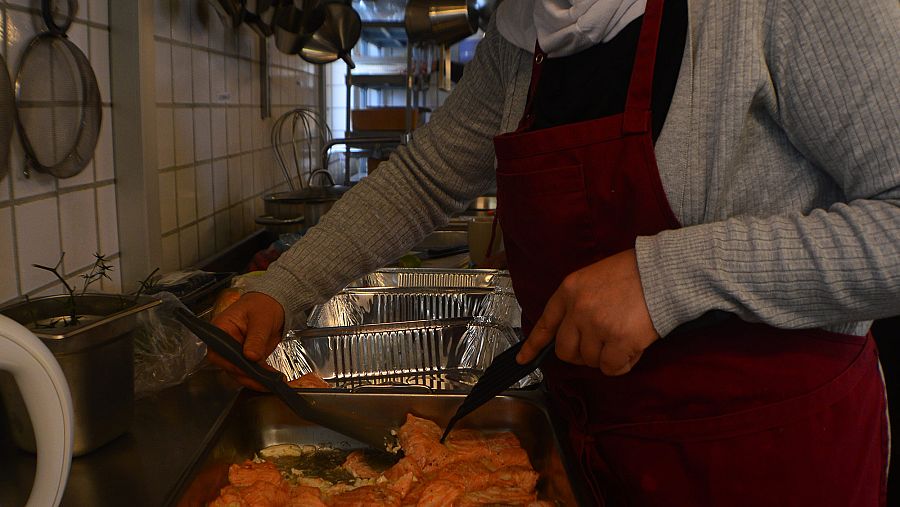 “When it comes to municipalities, ambassadors and whoever, whenever they come here (to Rosengård) they visit Yalla Trappan as well. Also, when the local authorities want to invest in something here, they invest around us, because we stand for social sustainability. This presents a positive picture of Rosengård, and it is not just us; there are many others who are doing good things around here”, said Christina.
Today this organisation’s structure has become a model that many others are aspiring to emulate. Several similar organisations have been established around Sweden, with a similar goal: to help women to find work, to integrate them into society and to empower them to have their own voice.

“It is all about what kind of society you want your children to live in,” says Cristina. “And when society is equal, it is a better society for everyone.” 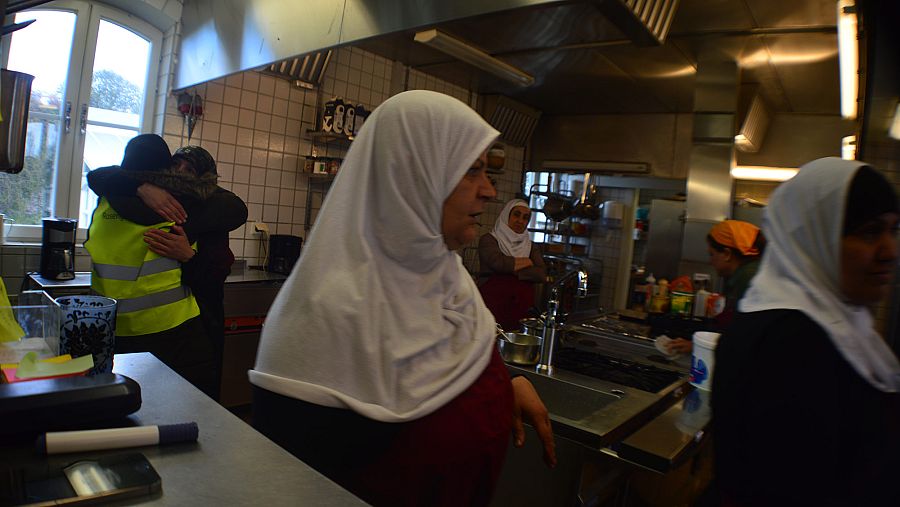