Last spring, an Icelandic farmer rounded up her flock to move them to the mountains for summer grazing.

The farmer had noticed something unusual about one of her newly-born lambs but did not think much more about it. 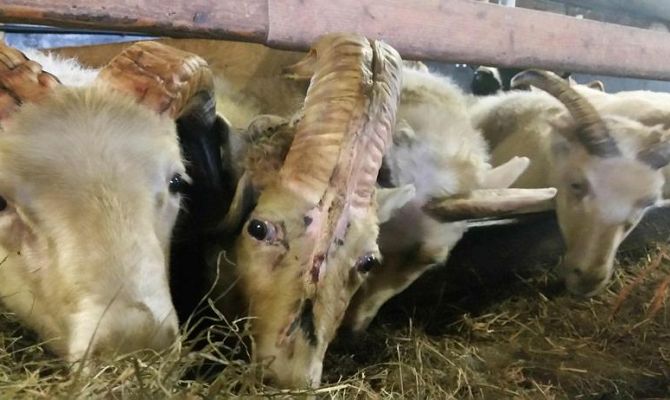 When the flock were being taken down from the mountains in the autumn, the strange sheep was not among them. It wasn’t until around Christmas that some other farmers spotted what they thought was some sort of goat.

There before them was the missing lamb. But instead of the usual two (or four) horns sprouting from behind each ear, this young ram had one large horn protruding from the centre of his head. He would become known as “Einhyrningur”, the Icelandic for unicorn.

Iceland Unicorn likely to go to the slaughterhouse – #Iceland#CuteAnimals#Fantasticbeasts#Farming#Icelandicsheephttps://t.co/LdCiOd6H6q

“It was funny, the shepherds saw him through binoculars, and had no idea what this thing was,” says farmer Erla Þórey Ólafs­dótt­ir of Hraun­koti at Land­brot, Einhyrningur‘s owner. [They] thought at first it was a billy goat with this high horn. Then when they got closer they saw it to be a sheep, with such a peculiar horn. Both horns grow together like one, and split at the end,”

Ólafsdóttir says both Einhyrningur’s parents had two horns, and none of her sheep has ever had four horns, so she believes this is some sort of mutation. One horn like this is very unusual and the older farmers of the area have come by to take a closer look at him. 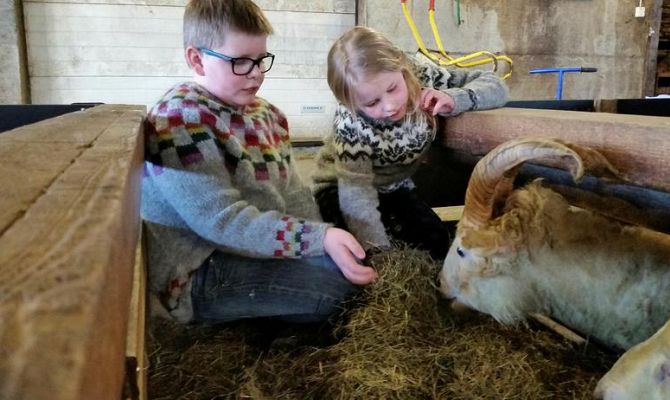 “This seems special, and he has a peculiar look because of this. The horns stretch his face, particularly around the eyes so he always seems to be a bit surprised. He kind of looks like people that have had a facelift,” Ólafsdóttir adds laughing.

She adds that despite finding world fame the animal is unlikely to be around until the autumn and may be killed. Einhyrningur is not built for breeding. He is too skinny and would have been sent to the slaughter house if he had not been accidentally left in the mountains.