Europe’s first ‘underwater museum’ opened today off the coast of Lanzarote in the Canary Islands.

British Eco-sculptor Jason deCaires Taylor was the creator of Museo Atlántico, which consists of more than 300 life-size human statues and a 30-metre long, 100-tonne wall, amongst other elements. 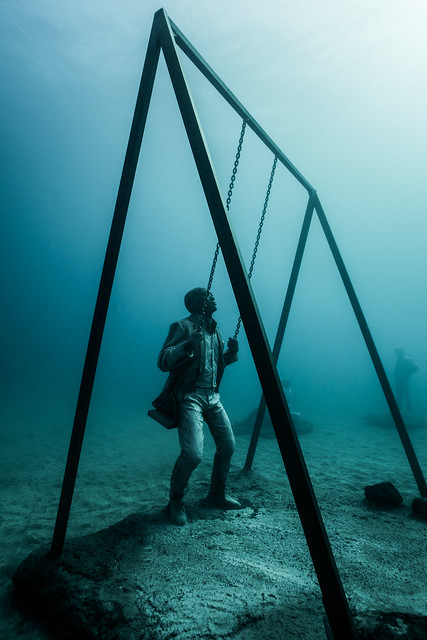 The instalment is made entirely of pH-neutral materials and doubles as a large-scale artificial reef.

Pieces of the exhibition,
installed in February 2016, have already enjoyed visits from angel sharks, shoals of barracuda, sardines, octopus, marine sponges and a butterfly stingray.

The 14-metre deep site can be explored by scuba divers and snorkellers with boats leaving from Playa Blanca in the south of the Spanish island.

At the underwater exhibition’s opening today, January 10, deCaires Taylor had a message about environmental awareness:

“I hope that the Museo Atlántico of
Lanzarote represents an entry point to a different world and promotes a better understanding of our precious marine environment and of how much we depend on it.”