When the clocks went back in October most Europeans were happy to gain an extra hour of sleep.

Except perhaps those in Cyprus’ capital, Nicosia, where residents, already separated by an internal border, had to get to grips with a new division: living in two different time zones.

The separation came about after the ‘government’ in the northern, Turkish-occupied area of the island decided not to change to daylight saving time on October 30, putting them an hour ahead of the rest of the Republic of Cyprus, which changed to Eastern European Time (EET). 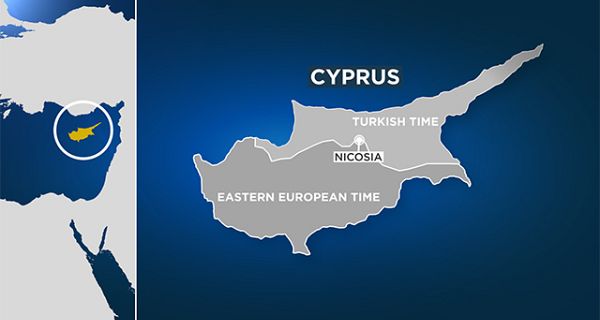 The move follows the example of mainland Turkey, which didn’t ‘fall back’ this year after a decree was adopted at a cabinet meeting in September with the aim of “making more use of daylight” during the winter months.

Turkish-Cypriot leader Mustafa Akinci has defended the decision, arguing it was not politically-motivated but rather for practical reasons to avoid problems such as discrepancies in flight schedules between the Turkish-occupied area of Cyprus and Turkey.

Crossing a boarder with ID and a different time zone is no solution for me or any Cypriot.We must work harder. #UnitedByHope#CyprusProblempic.twitter.com/xTxp4IXRT4

While initially being met with amusement from most Cypriots at the idea of ‘time travelling’ across the border, those in the north were faced with a technical headache as clocks on mobile phones and other electrical devices automatically dialled back one hour.

The difference has also purportedly had far more serious consequences than just day-to-day confusion over the time.

Turkish Cypriots again take to the streets to protest the deaths of three people killed in an accident last week: https://t.co/6ejS3tcWuzpic.twitter.com/kRjhNx6syy

Two thousand protesters took to the streets last Thursday, December 1, after a school bus crashed into a lorry killing three people, two of them students, in Pentadaktylos in the Turkish-occupied area of the island.

They argued, along with the poor state of the roads, one of the causes of the fatal accident was the fact that the students were travelling to school in the dark at 7.30am northern time when in the south it was 6.30am.

This is not the only planned action resulting from the decision: a couple with family on either side of the time divide are throwing a ‘Dual Time Zone New Year Party’.

Tanur and Michalis Tsiknakis will first celebrate New Year’s Eve in the north and then “after midnight [they] will time-travel to the south to celebrate again” one hour later.

They said the event will be a “peaceful protest” against the “idiocy” of the time difference on the island.

A spokesman for the UN Peacekeeping Force in Cyprus (UNFICYP) has said they were striving to facilitate efforts to reach a settlement as soon as possible and that it was up to the two sides “how to address such issues”.

Statement by the United Nations Spokesperson in #Cyprus: https://t.co/gwEcfzhstVpic.twitter.com/efdfa1zL4L

The division between northern and southern Cyprus came about in 1974 after a coup d‘état, orchestrated by Greece’s then military dictatorship, prompted a Turkish military intervention in the north of the island.

These events led to a de facto separation of the island with the Republic of Cyprus in the south and a Turkish-occupied area, the self-declared Turkish Republic of Northern Cyprus (TRNC), in the north-east.

The TRNC has been condemned by United Nations resolutions.

Recent unity talks in Switzerland between leaders of the ethnically divided island ended without agreement.