Voters go to the polls on 8 November in America’s much talked about presidential election. But how will it all work? Read on for our survival guide to the big election night.

Swing states, electoral votes, different time zones… The US electoral system seems quite complicated on the face of it – even though there are only two main candidates battling it out for the top job. They are Democrat Hillary Clinton and Republican rival Donald Trump. There’s also an “outsider” – Libertarian candidate Gary Johnson. 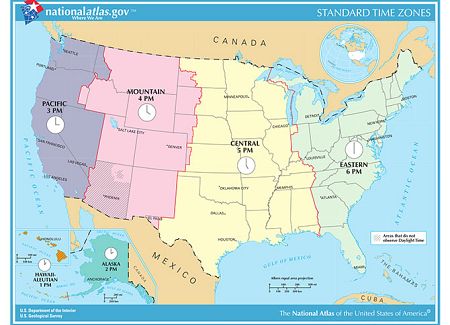 Most of us (in Asia, Europe, Africa) will go to bed on Tuesday 8 November not knowing the results.

It is expected that 46 million people will vote in advance.

The flood of exit polls starts as voting begins to close. And of course when the votes are being counted. Things can become clear quite quickly, but not always.

Voting begins on the East coast. The Pacific Standard Time, for the West coast, is -3 hours.

Next states due to close, half an hour later, are Ohio, North Carolina and West Virginia.

The real avalanche starts. Voting closes in 16 states including Florida, a crucial state in the presidential race, as well as Pennsylvania. Others, like Illinois, will be decisive in the competition to take control of the chamber and the Senate.

Fourteen other states due to close voting.

Voting closes in California and other four states.

By that time the picture should be pretty clear. Maybe.

In 2000, there was a 36-day vote recount battle centred on Florida. Al Gore finally conceded defeat to George W. Bush.

Who actually elects the president?

US citizens do not directly elect the president, instead they elect representatives called “electors” who, together, form the “electoral college.”

Electors are apportioned to each of the 50 states as well as to the District of Columbia, the capital Washington, roughly based on the size of the population.

Therefore, there are currently 538 electors, corresponding to the 435 members of the House of Representatives and 100 senators, plus the three additional electors from the District of Columbia.

Except for the electors in Maine and Nebraska, electors are elected on a a “winner takes all” basis. That is, all electors pledged to the presidential candidate who wins the most votes in a state become electors for that state, no matter whether the winning candidate gets 90 percent or 50.1 percent of the popular vote.

The fact that the presidential election is not decided by the popular vote, but rather by the sum of the indirect state-by-state votes produces a mathematically complicated scheme that dictates which states are considered strategically important and, thus, where campaign resources are spent.

What are the swing states?

These are the states where anything could happen, as opposed to the “solid” ones – areas where one party is expected to win.

The major swing states this year are Florida, Ohio and Pennsylvania.

In the map, the swing states are not coloured. Republican states are in red and democrats in blue.

House of Representatives and Senate

On election night, American voters also choose the 435 members of the Lower House of Congress and one-third of the Senate.

The mandate of a president can become very difficult without the control in the Capitol as in the case of Obama, since the 2014 election.

Why is the election always on the same date?

The US presidential election is held on the first Tuesday after the first Monday of November because it was a calm period for farmers, right after the harvest.

The Congress, back in 1845 wanted to avoid 1 November, All Saints (a Holy Day for Roman Catholics), and also wanted to avoid Mondays, as many voters had to travel long distances to vote, and nobody wanted to start the electoral trip on a Sunday.