Wales have reached the semi-finals in their first appearance at the European Championship after stunning second-ranked Belgium 3-1 in the quarters.

In an entertaining match in Lille, Belgium went ahead courtesy of a long-range stunner by Radja Nainggolan before Wales equalised through captain Ashley Williams on the half hour mark.

Chris Coleman’s Wales got in front when Hal Robson-Kanu wrong-footed three defenders with a deft turn to fire past Thibaut Courtois after 55 minutes of play.

Belgium got off to the ideal start when Nainggolan blasted home an absolute cracker from more than 25 yards out and after just 13 minutes.

The Roma midfielder found himself in bags of space and when he received a perfectly weighted pass from Eden Hazard, he pulled the trigger and gave Wayne Hennessey no chance.

Chris Coleman’s side were back on level terms after 31 minutes and skipper Ashley Williams was the man to do it.

This time it was the Belgium defence’s turn to be sluggish and left an unmarked Williams to head in from a corner kick.

Belgium put Wales under serious pressure at the start of the second half with both Hazard and Romelu Lukaku missing chances to get the Red Devils back in front.

But against the run of play it was Wales who to took the 2-1 lead thanks to a piece of brilliance by Hal Robson-Kanu.

Aaron Ramsey, who was brilliant throughout, notched up yet another assist when he perfectly controlled a long ball up field on the right and then squared it to the waiting Robson-Kanu just behind the penalty spot.

The 27-year old took out three markers with a Cruyff-style turn and buried his low drive past Courtois to send the Welsh fans into wild delirium.

That delirium went into overdrive on the 86th minute when second half sub Vokes beat the Belgium defence in the air to produce a wonderful header past Courtois.

Wales’ stunning victory has set up a semi-final clash with Portugal in Lyon on 6 July.

RAMSEY: Player of the day 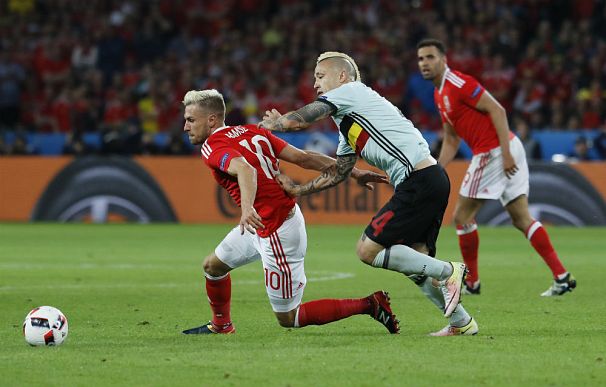 It is by far the standout fixture of the quarters.

World Champions Germany have progressed to the latter stages of this edition of the tournament with little fuss.

They have not conceded a single goal in their four outings as they hunt a record fourth Euro crown to go with their four World Cup titles.

But Germany have never beaten Italy at a major tournament and have lost all four of their games against the Azzurri in the knockout stages.

While Germany boss Joachim Loew has no injury problems or suspensions to worry about his Italian Counterpart Antonio Conte will have to do without influential and suspended midfielder Thiago Motta.

Winger Antonio Candreva is out with a hamstring injury while another key midfielder Daniele De Rossi is a doubt with a thigh problem. 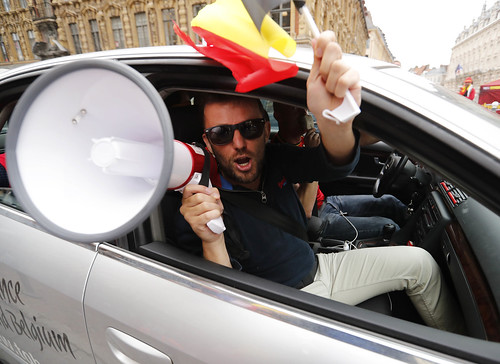