With only days to go until Super Tuesday, the remaining Republican presidential candidates went after each other violently again on the debate stage. The only peaceful moment in Houston was when the US national anthem was played at the beginning. After that, the gloves were off.

The debate quickly turned into a shouting match between frontrunner Donald Trump and conservative senators Marco Rubio of Florida and Ted Cruz of Texas. The other two contenders, Ohio Governor John Kasich and especially retired neurosurgeon Ben Carson struggled to get attention. 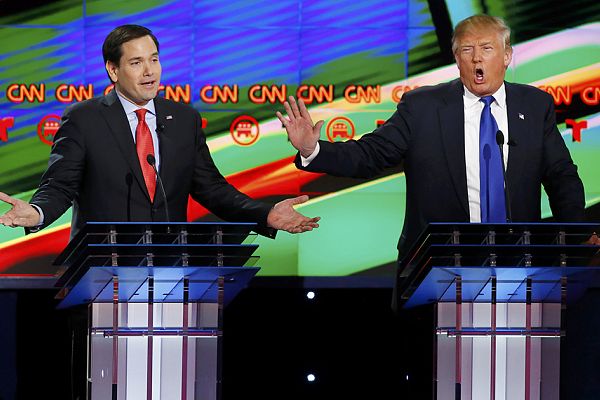 After consecutive four losses in the early voting states, Rubio was expected to come out strongly against Trump – something he avoided in previous debates. But this night Rubio was confident and armed with opposition research.

He delivered blow after blow at Trump who was standing next to him, attacking the real estate mogul on his immigration, foreign policy and health care positions, along with his business hiring practices.

Rubio accused Trump of shifting his position on immigration, and for hiring illegal immigrants at his hotels. “You’re the only person on this stage that’s ever been fined for hiring people to work on your project illegally,” Rubio told Trump.

Trump defended his past, saying it was the only help he could get, and shot back at Mr. Rubio: “I’m the only one on the stage who has hired anyone.” 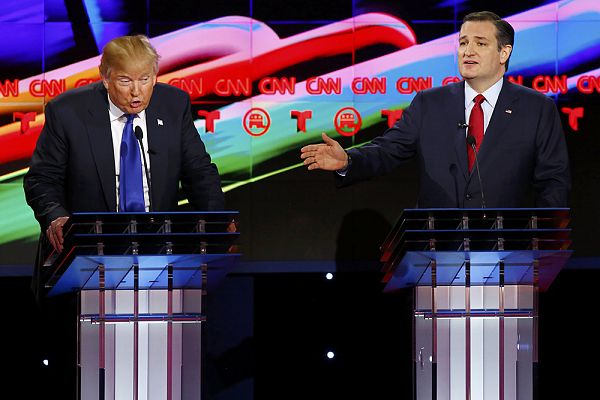 A sharp exchange developed when Rubio ridiculed Trump’s plan to build a wall between the US and Mexico to prevent immigrants from crossing the border. “If he builds the wall the way he built Trump Towers, he’ll be using illegal immigrant labor to do it,” Rubio said. “Such a cute sound bite,” Trump responded.

“It’s not a sound bite,” Rubio, sticking to his guns, said. “It’s a fact. Again, go online and Google it. Donald Trump, Polish workers. The second thing about the trade war, I don’t understand, because your clothes and the tie you wear are made in Mexico and in China. You’ll be starting a trade war against your own clothes and suits.” 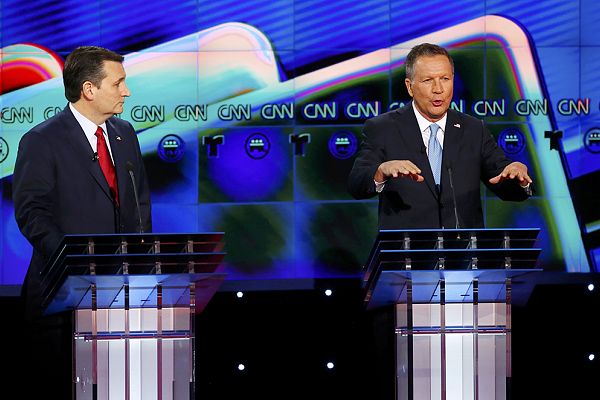 “You don’t know a thing about business,” Trump hit back.

Rubio and Trump then shouted over each other as the senator accused the real estate mogul of hiring Polish workers. Trump dismissed the episode as something that happened decades ago.
“I guess there’s a statute of limitations on lies,” Rubio said.

Rubio also called out Trump for his privileged background. “If he hadn’t inherited $200 million, you know where Donald Trump would be right now? Selling watches in Manhattan,” Rubio said.

Rubio was not the only one who threw the kitchen sink at Trump. Senator Cruz, under pressure not to lose momentum after his victory in the Iowa caucuses, repeatedly tried to portray Trump as an opportunistic liberal-in-disguise, who is lacking conservative credentials.

When the debate turned to replacing the vacancy on the Supreme Court, Cruz promised to nominate a strict constitutionalist and accused Trump of being unreliable by possibly nominating a liberal justice.

In the ensuing battle of words, Trump pointed to Cruz’s support of Chief Justice John Roberts , a George W. Bush appointee, as a worrisome point in his record, saying Justice Roberts gave the country the health care law “Obamacare,” or “might as well be called ‘Robertscare.’” 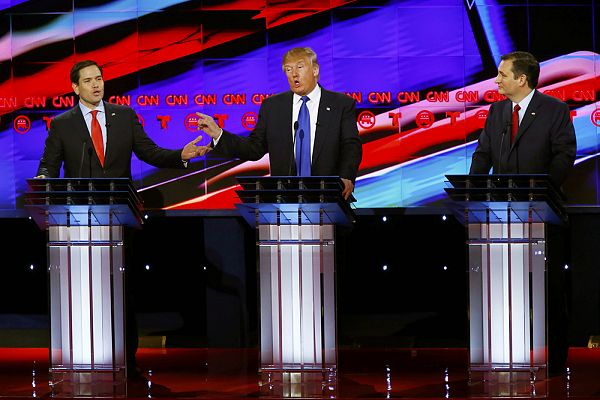 During the foreign policy part of the debate, Trump took flak from both Cruz and Rubio for not unequivocally standing with Israel. Cruz also attacked Trump for having sided with President Obama’s secretaries of state Hillary Clinton and John Kerry in the past.

As Trump, Rubio and Cruz continued to argue over Israel, flinging insults like “liar” and “choke artist,” Carson, who has received the least amount of speaking time, grew frustrated. “Could somebody attack me please?”

Whether the anti-Trump attacks will have any effects on the upcoming primaries is doubtful. Trump did not seem to be impressed by the sudden aggressiveness of his rivals. After all, he goes into Super Tuesday with huge leads in the polls.