The German government has condemned the latest outbreak of far-right, anti-migrant sentiment in the country as “shameful”.

Last week, angry protesters surrounded a bus full of refugees arriving at a refugee centre in the town of Clausnitz. 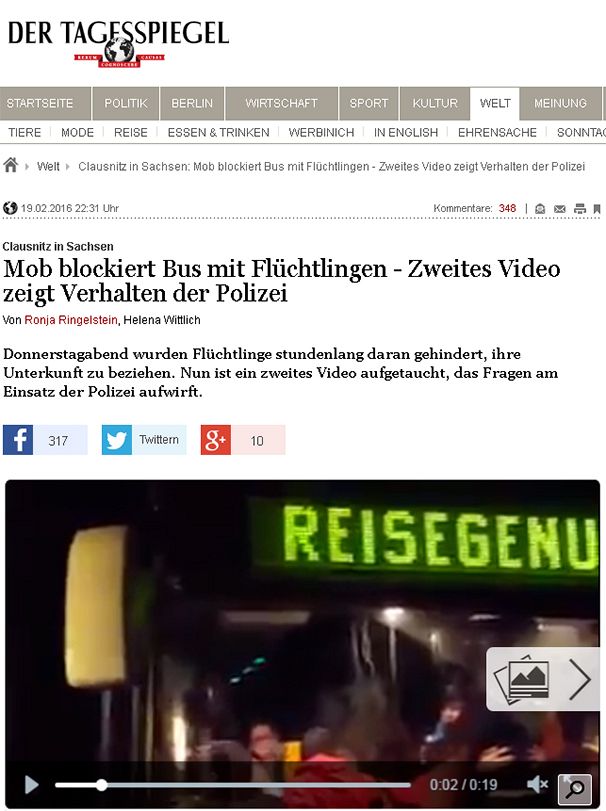 The atmosphere was intimidating.

One young boy could clearly be seen in tears as he climbed down the steps.

The spokesman for Angela Merkel, Steffen Siebert, says what happened is “shameful”

“You have to be really cold-hearted and cowardly to plant yourself in front of a bus full of refugees and shout and swear at them.”

“It is reassuring that there are so many people in this region and in Germany as a whole who show day-to-day that this country is not like that.”

The incident in Clausnitz is not an isolated one in Germany.

A refugee shelter in the town of Bautzen was burned to the ground a few hours before in the eastern state of Saxony.

There is concern about the rise of extremism in Germany.

The AFD Party, led by Frauke Petry, has 17% support ahead of regional elections in Sachsen-Anhalt in March.