For the last time in 2015, the Republican presidential candidates slugged it out on the debate stage. The setting was the Venetian casino in Las Vegas, and the candidates seemed to be gambling for the toughest foreign policy and national security positions deemed necessary to fight ISIL.

The proposals ranged from carpet-bombing the terrorists in Iraq and Syria, killing their families and shutting down the internet to banning Muslims and going to war with Russia.

Yet, some political commentators praised the fifth debate as the most serious, civilized and policy-focused so far.

Indeed, viewers who expected a slugfest were disappointed, but they were still able to witness some remarkable duels, characterized by serious political hand-to-hand fighting.

Here’s how they scored in detail: 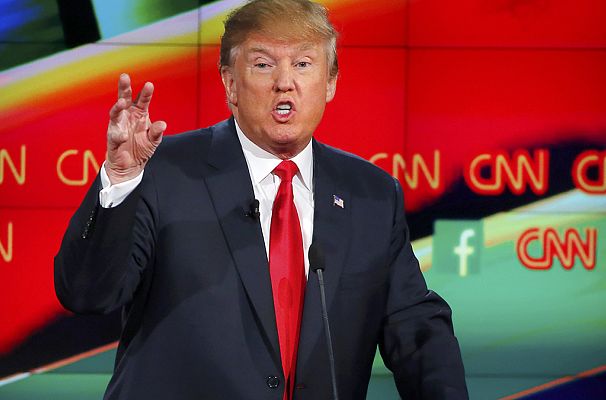 Donald Trump – The real estate mogul had probably some of his best debate moments so far, especially when he declared that he would not run as an independent candidate against the Republican nominee which triggered loud applause from the audience. In the run-up of the Tuesday night debate, political analysts had speculated who would attack him most aggressively.

It quickly became clear that that rival would be former Florida governor Jeb Bush, a man whom Trump has insulted repeatedly in past debates, routinely calling Bush a “low energy guy”. Bush charged that Trump’s proposals on terrorism – which include blocking all foreign Muslims from entering the United States – were ill conceived and indicated that he would be a “chaos president.”

When Trump later attacked the moderators for treating him unfairly, Bush jumped in again.
“Imagine what it’s going to be like dealing with Putin,” Bush said. “This is a tough business to run for president.”

Bush seemed to get under Trump’s skin, but then Trump shot back referring to Bush’s eroding poll numbers: “Let’s see: I’m at 42 (percent), and you’re at three, so I’m doing better,” Trump said.

When Trump made his now infamous proposal to ban all Muslims from travelling to the US, Bush had called Trump “unhinged”. That response didn’t go unanswered, however, as Trump had some choice words for Bush.

“Jeb doesn’t really believe I’m unhinged. He said that very simply because he has failed in this campaign. It’s been a total disaster. Nobody cares. And, frankly, I’m the most solid person up here,” Trump said. 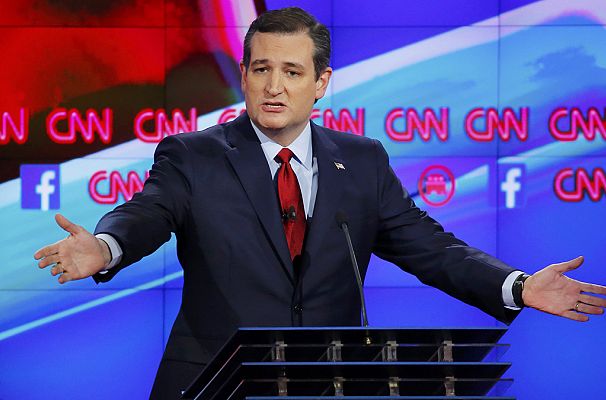 Ted Cruz – The first-term senator from Texas had recently surged past frontrunner Donald Trump in some polls in Iowa where the first caucuses will be held on February 1st. Cruz was expected to build on this momentum and establish himself as the most credible conservative alternative to Trump.

But Cruz was put on the defensive at several moments in the debate, an unfamiliar place for him. He also engaged in a test of wills with moderator Wolf Blitzer, trying to talk over Blitzer while Blitzer was trying to move on to another question.

Cruz’s main battle was with Florida Senator Marco Rubio, another Cuban American serving his first term in the Senate. Both freshmen are neck-and-neck in recent polls, vying for the position as closest Trump rival. Rubio accused Cruz of being weak on terrorism, by opposing military spending bills and a measure to increase surveillance.

Rubio attacked Cruz for a Senate vote that Rubio said had weakened the government’s capacity to gather personal data. Rubio suggested that another attack was coming, and that Cruz – and others who agreed with him – might be blamed for failing to prevent it.

But Cruz did have some debate moments and produced one of the memorable one-liners of the night: “In America, political correctness is killing people.” 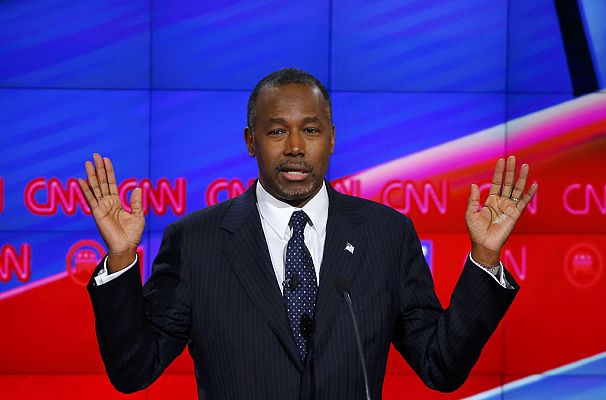 Ben Carson – The retired neurosurgeon went into the debate having lost momentum in recent polls after questions about Carson’s ability to handle foreign policy have dogged his campaign for months.

In every Republican debate so far, Carson has had a tendency to drop out of the conversation for large chunks of time, reinforcing Trump’s repeated jabs that he’s too sleepy to be president. But Carson promised tonight would be different.

Instead viewers got more of the now familiar Carson weirdness. He began his opening statement by asking for a moment of silence in “remembrance of the San Bernardino victims.” It lasted only a few seconds.

Later, when asked if he would be comfortable ordering strikes that could result in the deaths of hundreds of children, Carson claimed that, having met refugees, he believed they would understand. 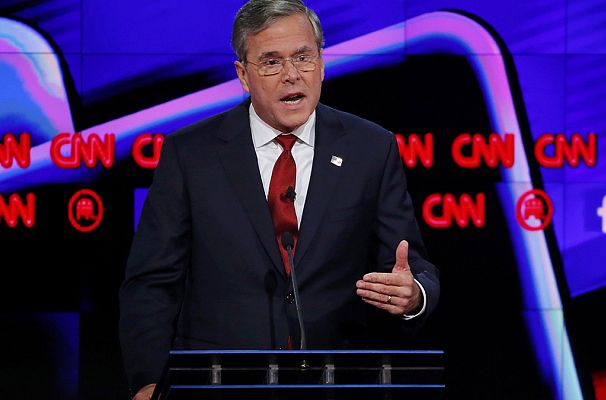 Jeb Bush – The former frontrunner desperately needed a breakout moment to save his fledgling campaign. Despite massive resources and a battle-tested network of donors and key supporters, Bush’s performance so far, on the trail and in the debates, has been a stunning disappointment.

Yet, his Tuesday night performance was a step up from previous debate struggles. He showed some actual backbone in his latest clash with Trump, throwing the real estate developer off balance for a moment. Bush’s remark to Trump that “you cannot insult your way to the presidency” got plenty of real-time attention on social media.

But overall, Bush remained flat and uninspiring, his opening and closing statements were poor and fumbled. He needed to somehow score a knockout punch, and he didn’t get one.

At lower single-digits in the polls, the son and brother of two presidents keeps on struggling. The debate in Las Vegas did not change that. 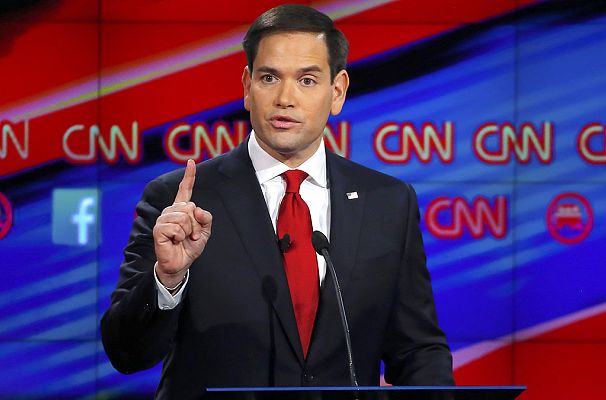 Marco Rubio – The Florida Senator had a tough night, as his top rival Ted Cruz repeatedly questioned his conservative credentials and his judgment on national security and immigration.

Though Rubio at times seemed to gain the upper hand, he looked and sounded rattled as Cruz portrayed him as lining up with Democrats in favoring “amnesty” for immigrants who are in the country illegally.

After some strong debate performances in past months in which he outsmarted Jeb Bush, Rubio has been increasingly considered as a credible and potent establishment force to sideline Donald Trump.

Rubio has positioned himself as a Republican who would have been at home in the George W. Bush administration, a hawk on national security but a pragmatist on immigration.

During Tuesday’s debate, Rubio performance was above average, but he failed to shape the conversation, trying to fend off Cruz’ and other candidates’ attacks. 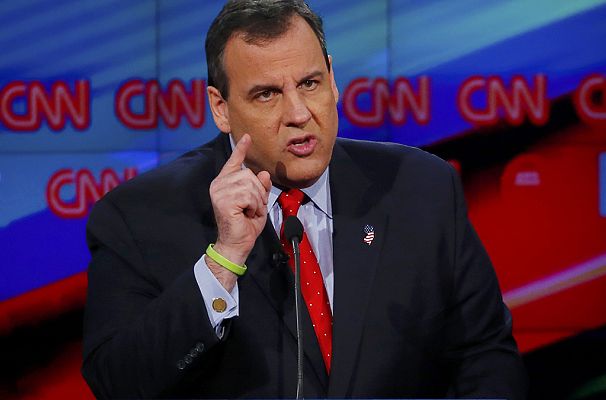 Among the low-polling candidates, libertarian Senator Rand Paul and New Jersey Governor Chris Christie probably had their best debate nights so far. But it remains to be seen whether Las Vegas will be a turning point of their lackluster campaigns.

The latter point can also be made over Ohio Governor John Kasich and former Hewlett Packard CEO Carly Fiorina. The difference is that their performances were the worst.