Aylan Kurdi: the boy whose picture broke the world’s heart

A Turkish gendarmerie carries Aylan Kudi, the young boy who drowned in a failed attempt to sail to the Greek island of Kos. His death made global headlines. Turkey, September 2, 2015. REUTERS/NILUFER DEMIR/DHA 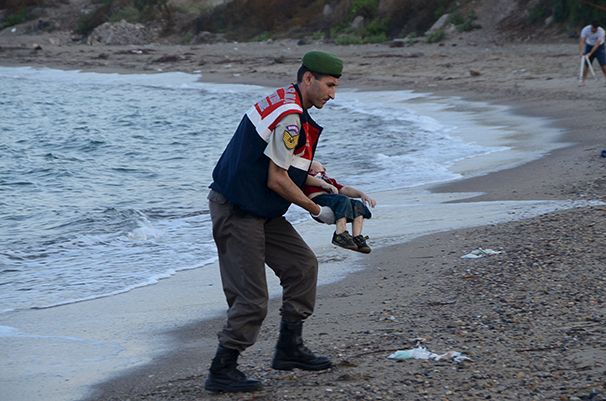 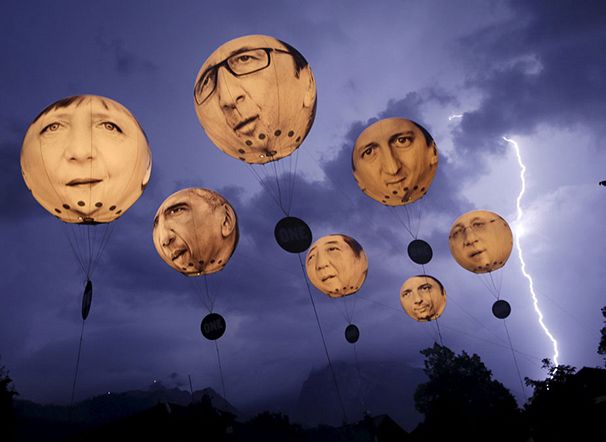 A teddy bear left by refugees is seen on barbed wire in front of a newly erected fence guarded by Macedonian army at the Greek-Macedonian border. Greece, November 28, 2015. REUTERS/Yannis Behrakis 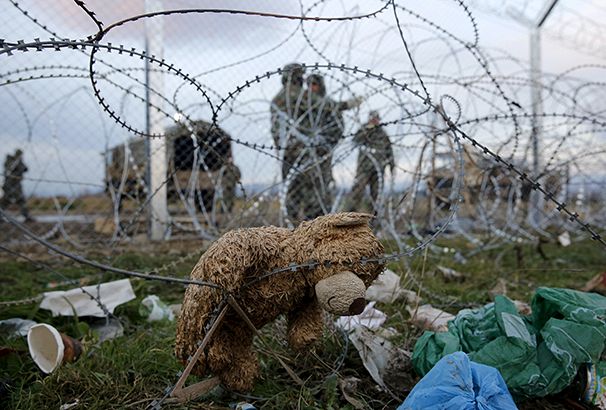 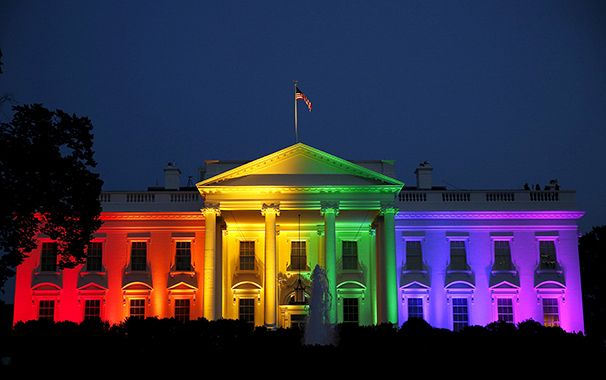 Widows daubed in colours dance as they take part in the Holi celebrations organised by non-governmental organisation Sulabh International. Traditionally in Hindu culture, widows are expected to renounce earthly pleasure so they do not celebrate Holi. India, March 6 2015. REUTERS/Adnan Abidi 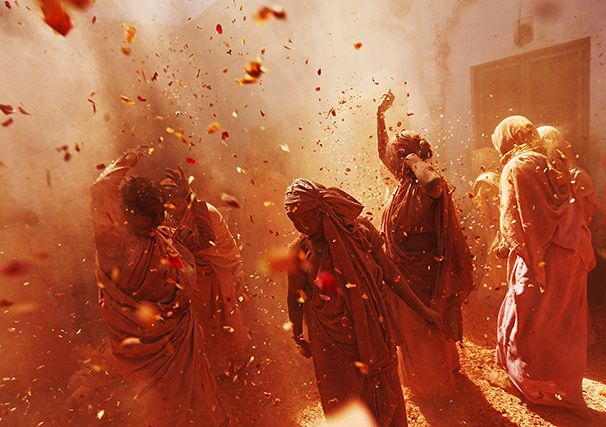 A Palestinian boy sleeps during a sandstorm inside the remains of his family's house, that witnesses said was destroyed by Israeli shelling during a 50-day war in 2014. Gaza, September 8, 2015. REUTERS/Suhaib Salem 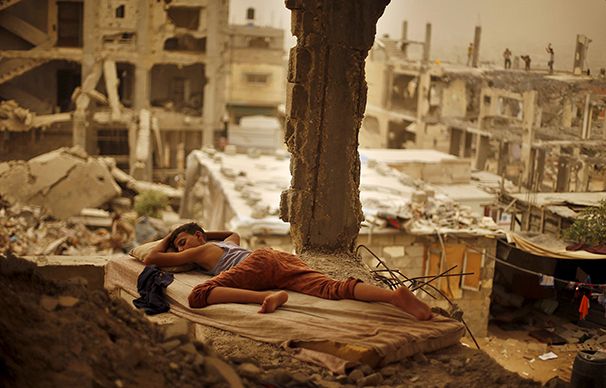 The Soyuz TMA-14M capsule is seen above the clouds as it descends from space into snow-covered Kazakhstan. Inside, a US-Russian team of three was returning to Earth after almost six months on board the International Space Station. Kazakhstan, March 12, 2015. NASA/Bill Ingalls 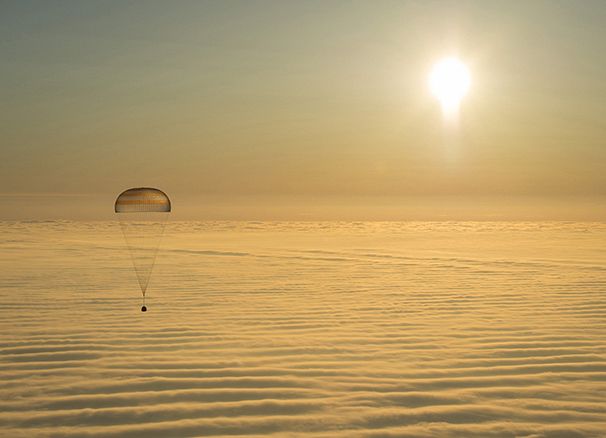 Battle against wildfires in California 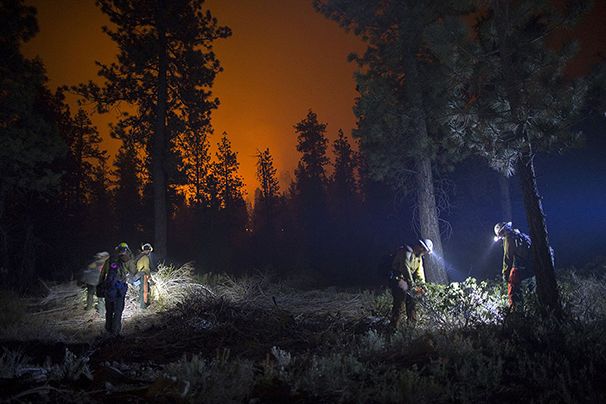 Thousands celebrate 'Night of Power' at the Grand Mosque 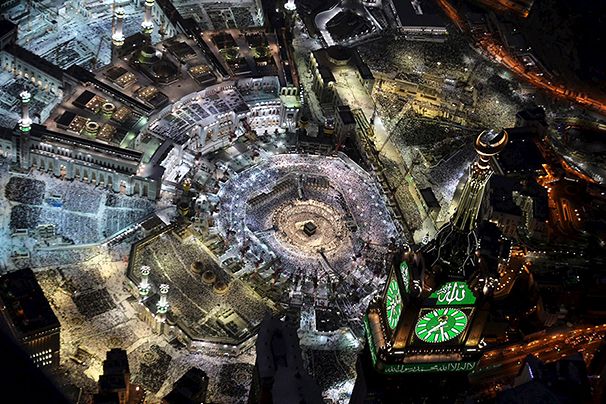 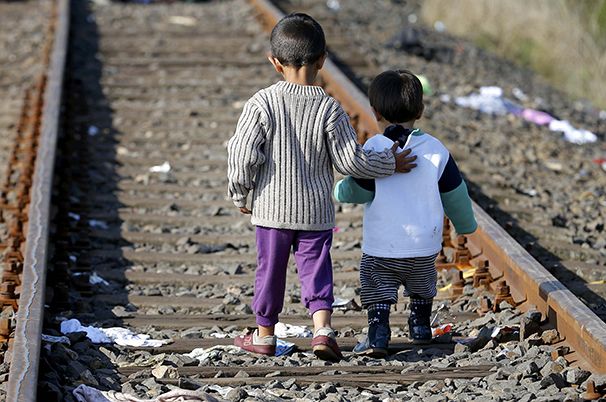 As part of our review of the year Euronews’ editorial team have chosen 12 of its favourite photographs from 2015.

The Eiffel Tower is lit with the blue, white and red colours of the French flag to pay tribute to the victims of the Paris attacks. France, November 16. REUTERS/Charles Platiau 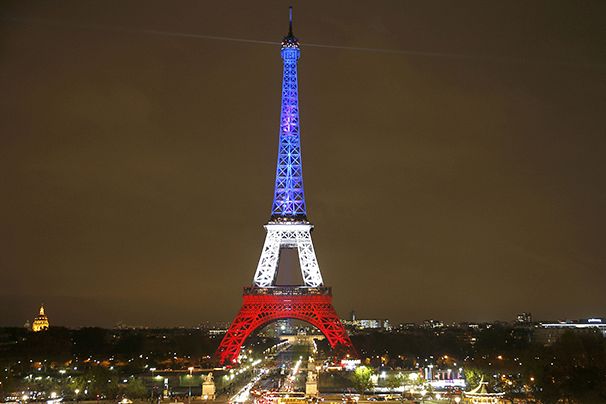 Volcano Calbuco in southern Chile erupted for the first time in more than four decades, sending a thick plume of ash and smoke several kilometres into the sky. Chile, April 22, 2015. REUTERS/Rafael Arena 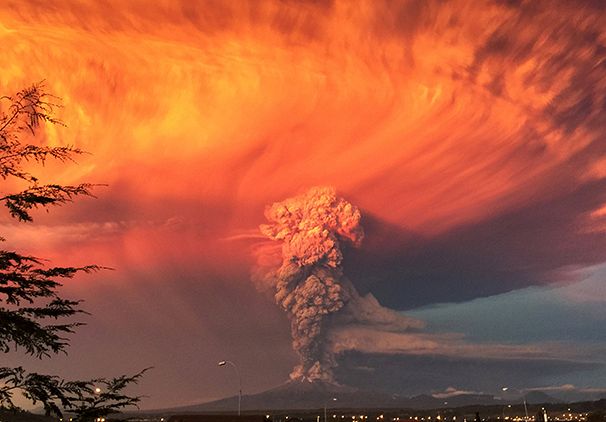