What has been seen in America as a ridiculous fantasy for more than half a year now seems like a very serious possibility: that the Republican Party could nominate Donald Trump as their candidate for president.

Why? Because the real estate mogul and reality tv celebrity is defying conventional wisdom, political punditry and, not the least, his helpless rivals for the nomination.

In latest polls, published on Thursday after he had caused a worldwide uproar for his proposed US travel ban for Muslims, his numbers hit the roof. 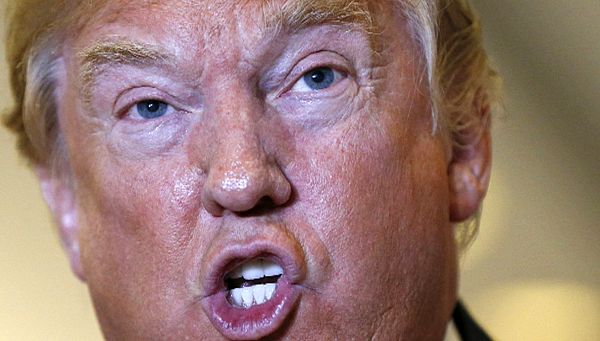 That’s only 37 percent of all voters, but more than ever, Trump keeps dominating the field of Republican presidential candidates. In the latest national survey (New York Times/CBS News) among Republican primary voters, Trump surges to 35 percent, up 13 points since October, his highest level of support.

Not only is Trump solidifying his leading position in the polls, he is also drowning out his rivals, since all the media attention is on Trump and on Trump only. 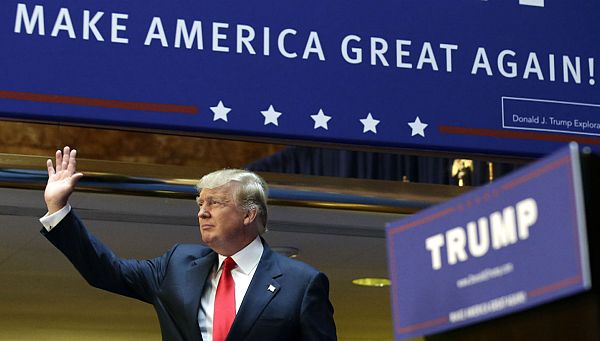 On Wednesday, former Florida Governor Jeb Bush (at 3 percent in the NYT/CBS poll) touted a plan to return more power to states. Ohio Governor John Kasich (at even less) addressed national security in New York. And retired neurosurgeon Ben Carson (at 13 percent) outlined his plan to reshape the US health care system.

None of them made headlines. Trump’s newest comments on Muslims, however, got global attention.

“I’m doing good for the Muslims,” he declared in an interview on CNN. “Many Muslim friends of mine are in agreement with me.”

Tens of millions of dollars in campaign spending are not helping Trump’s adversaries break through.
Trump spent $5.6 million (5.1 million euros) through the end of September. The rest of the Republican field spent more than $76 million (69 million euros) over the same period, according to numbers provided by the Associated Press.

Trump seems unassailable, no matter how outrageous, provocative, ludicrous or simply factually wrong his remarks are.

Yet, his rivals are putting their heads in the sand. Asked about Trump’s success and their apparent inability to do anything about it, Bush and Kasich both said that Trump will not be the Republican nominee.

But he might – because of his unique ability to read the electorate.

“Trump has tapped into a widespread feeling of unease and insecurity among Americans, fueled by the fear of terror attacks on the homeland and the belief that the middle class is losing ground”, says Jon-Christopher Bua, political analyst at Georgetown University and a frequent Euronews contributor.

“Trump is appealing to the American survival instinct”, Bua says. “The regular guy in Iowa or New Hamphire just goes: ‘I don’t care what Trump says, but he will protect me.’”

While many US economic indicators like unemployment, the stock market or the federal deficit look much more positive today than they were when President Barack Obama took office in 2009, the middle class does not see much progress.

In fact, the middle class is shrinking – which has the potential to cause dramatic political consequences.

After more than four decades of serving as the nation’s economic majority, the American middle class is now matched in number by those in the economic tiers above and below it, the very poor and the super-rich.

In early 2015, 120.8 million adults were in middle-income households, compared with 121.3 million in lower- and upper-income households combined, a demographic shift that could signal a tipping point, according to a new Pew Research Center analysis. The middle class made up 50 percent of the US adult population in 2015, down from 61 percent in 1971.

These numbers reveal a deep polarization underway in the American economy. The fastest-growing segments are the ones at the extremes, the lowest and highest ends of the income distribution.

Feeling the heat, many middle class Americans believe that the economic cards are stacked against them, which leads them to think that “Washington” and the political class have not done anything for them in years.

Hence the political success of outsider Donald Trump who is willing to take on his party’s establishment. In fact, he even keeps floating the idea of a third-party candidacy, in case his rivals team up to deny him the nomination.

If history is any lesson, though, Trump’s chances of becoming the Republican nominee are slim. Only once in American history has a major political party granted its prize to someone whose principal qualification was to have served as a corporate chief executive.

That was in 1940, when Wendell Willkie was the Republican candidate against President Franklin D. Roosevelt, who was seeking a third term. Willkie lost.

And only twice have the Republicans nominated public officials without elective experience, Herbert Hoover in 1928 and Dwight D. Eisenhower in 1952. Both won.

Recent history shows no case in which a GOP “outsider” candidate has managed to translate his early popularity into a formidable and victorious national campaign. Even successful candidates considered outsiders have had traditional credentials.

In 1964, conservative icon Barry Goldwater ran as an outsider and won the nomination against the party establishment – but he was already a sitting senator.

Ronald Reagan was seen by many conservatives as a rival of the Republican Party bosses, but by the time he won the nomination in 1980, he had already won two terms as California governor.

Trump has no political credentials. That does not take him closer to the presidency. But yet, there is a first time for everything.