A year ago the European Space agency’s Rosetta mission made history, becoming the first man-made object to meet, orbit, and then land on a comet. When the tiny Philae lander touched down last November, you could almost hear the cheering from ESA’s Darmstadt mission control echo around the world. Not even mighty NASA had ever pulled something like this off.

“The success has been greeted like at the end of a football match, with people kissing and hugging each other, there was a lot of emotion. It was also a moving moment from a professional point of view, because for all the scientists there this was the culmination and fulfillment of 20 years of career. For some of them, this was as good as it will ever get,” says euronews’ Claudio Rosmino.

Beyond Rosetta’s feats of navigation and remote manouvering were the big prizes of proving a comet could be landed on, and finding out what it contained, as several strong theories suggest life may have been brought to Earth on a comet. Would Philae find signs of life?

“The biggest surprise so far is certainly molecular oxygen, because that was not expected at all, and this tells us a lot about where this material comes from, where it was formed,” says ESA’s Kathrin Altwegg.

ESA is about to make one more attempt to contact Philae in a bid to wring some extra experiments out of the mission, but if contact is not made, and it hasn’t since July, then Rosetta will be ordered to crash into the comet and crush Philae, as it will be five years before both are within range of Earth again, and maintaining them will be expensive for no certain result.

“What is going to happen now? If Philae is still in working order the lander can still supply useful scientific data. We will find that out in the next few weeks. The window for further research remains open until the end of January. After that, the ball will be in Rosetta’s camp, as the orbiter will be the only working object capable of doing anything.
All that will remain will be the highly symbolic moment, but which is also important for the mission, when Rosetta is due to land on the comet next September. That will be the moment when we see if there is any remaining operational phase left to exploit,” reports Claudio Rosmino. 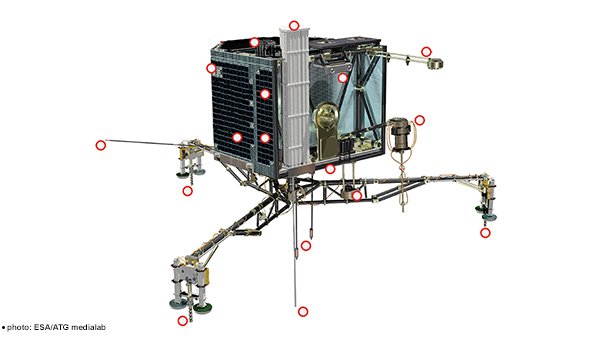