3D printing is one of the disruptive technologies driving efficiency in the aviation industry. Producing the myriad of parts that make up an aircraft using additive manufacturing (AM, or 3D printing) rather than traditional methods is proving faster, lighter, less wasteful and more financially viable. The low production volumes typical of the aerospace sector are of special appeal not just to the big conglomerates but also small and medium sized companies.

Airbus’ new A350 XWB, which entered service with Qatar Airways at the start of this year, counts more than 1,000 components manufactured by leading 3D printing provider Stratasys and its FDM (Fused Deposition Modelling) Production System. And this is just the start; within a generation it is possible that we’ll be flying in aircraft that are almost entirely 3D printed.

Euronews spoke to Stratasys expert Scott Sevcik about the role 3D printing can play in the story of aviation.

Euronews:What makes Additive manufacturing important for the aerospace industry in particular? Why are the two a good fit?

Scott Sevcik: The aerospace industry is always pushing the technological boundaries in order to reduce weight and increase vehicle performance. Additive manufacturing is a tool to accomplish those goals. Because the weight savings can be so significant, and because you can produce incredibly complex shapes that are often found in aerospace vehicles at a much lower cost, the industry has started looking to the technology to realize those gains. 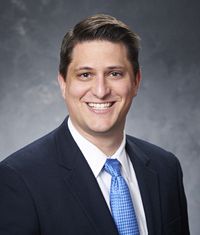 
Aerospace also has relatively low quantity, high value production. Because the quantities are low, you receive less mass-production benefit as you aren’t amortizing tooling and development costs over as many units. With additive manufacturing of production parts, there is no tooling to amortize. As a result, at aerospace quantities, additive manufacturing is often a lower cost alternative to injection moulding or casting.

Euronews:What has been the evolution of the relationship between AM and the aerospace industry?

Scott Sevcik: Additive manufacturing started out as rapid prototyping, and that was the first use in industry. In addition to prototyping parts, manufacturing engineers started prototyping fixtures and assembly tools. Before long they realized that for many of those jigs and fixtures, the printed part was more than strong enough to be used as the tool itself, not just a prototype. That was the start of 3d printing for manufacturing. Tooling is still in incredibly valuable and popular use for AM in manufacturing. We’ve introduced very strong, high temp materials now, like ULTEM 1010, which has enabled a massive cost reduction in a number of metal forming and composite lay-up applications. To go from tools to flight hardware the material had to meet flight requirements. With the SLS process, a flame retardant Nylon was chosen and became the first AM technology and material used in some limited flight applications. Stratasys chose ULTEM 9085 as the material to develop for the Fused Deposition Modelling process. ULTEM 9085 is a SABIC material that had already been used in aerospace for many years, so it made sense as a good material to introduce for widespread in-cabin applications.

Scott Sevcik: It completely redefines the economics around a make/buy decision. In fact, instead of making one decision during the development phase as to whether you will make or buy a certain part, if you choose to additively manufacture the part and you have the machine to do so on your factory floor, you can make that decision at each and every procurement. Based on your current capacity and the urgency for the part, you can chose to produce it within your own facility, or you can have it produced at a supplier facility that you have qualified for just such a purpose. We see this with our customers. We have a number of customers that own Stratasys production systems that are manufacturing the bulk of their parts internally, but when additional capacity is required to meet a deadline, they contract their overflow out to Stratasys Direct Manufacturing, and we deliver the parts.
Being able to produce the same part on any qualified machine allows you to move around production for better efficiency and for risk reduction. Say you had a weather impact or a fire at one facility. Since you are just moving a digital file, you can instantly reallocate the build to another facility and keep producing parts without interruption.

Euronews:The A350 XWB uses around 1,000 3D parts. How many parts, and even what percentage of the entire plane will be 3D printed in 10 years’ time and beyond?

Scott Sevcik: How fast and how extensive the adoption is will be driven by the materials and the systems to deliver those materials. Right now, we have great materials for producing lightly-loaded interior components from thermoplastics, and we’re just getting to the threshold for printed metal components. Over the next few years, higher performance thermoplastics and printed composites will expand the application space dramatically as we move into secondary structure and more critical components. Same with metals, as process control gets better, and finished parts are higher quality, they will be used in more applications, and more critical applications. In 10 years, we’ll be able to address at least 40-50% of aircraft components as opposed to the 4-5% addressable now. Another 10 years after that, and it will only be a select number of parts that aren’t additively manufactured, or that AM doesn’t play a role in their production.

Euronews:What are the environmental benefits?

Scott Sevcik: The biggest environmental benefit is the fuel reduction that can be gained from light-weighting parts. The industry has spent 40 years moving from metals to composites in order to reduce the weight of each aircraft. The lighter the aircraft, the less fuel you need to get it into the air and push it through the atmosphere. Composites save tens of thousands of pounds on a large aircraft, and AM is now being looked at to increase those gains even further. Additive Manufacturing helps reduce weight in two ways. First, since you are building a part up, rather than cutting it out of a solid block, you have the opportunity to tailor the geometry so that only the material you need to carry the load is used. That can make for some very complex looking, but really rather elegant, skeleton like parts. That applies to the internal geometry as well. You can’t machine the inside out of a closed part, but with some AM technologies you are able to produce a very sparse interior which can result in very light large parts. The second way AM reduces weight is that, since we can produce very tailored parts and since we can develop custom engineered materials, there are a growing number of applications where you can replace a metal part with printed thermoplastic or composite parts. It’s not an option in every application, but where it is, the benefit is dramatic. For example, United Launch Alliance replaced a 140-piece aluminium ducting system with 16 printed thermoplastic parts. The plastic ULA uses is half the weight of aluminium.

Additive Manufacturing also brings environmental benefit through reduced waste. If you are cutting a part out of a solid block of material, you waste much of what is cut away. When you are additively manufacturing, you only use the material you need. This saves on waste material and reduces the buy-to-fly ratio. 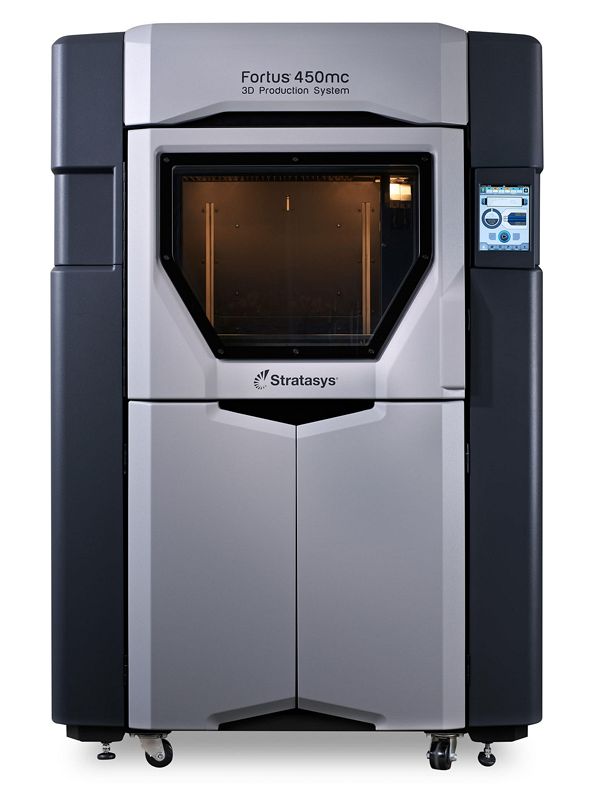 Euronews:What are the limits of AM in the aerospace industry? Are there parts of an airliner that AM will never be able to satisfy?

Scott Sevcik: The limits today are around the properties of the materials we are able to print right now and the accuracy of the machines we are printing with. These limits are falling away. The industry grew out of rapid prototyping, which doesn’t have high requirements in the level of accuracy, repeatability, process monitoring and control, and manufacturing floor interfaces. As we move from rapid prototyping to manufacturing, we need to redesign and introduce machines with manufacturing requirements in mind. As we bring higher performing materials with proper certifications to market, and as we introduce the machines to deliver those higher performing materials in a more repeatable way, the limits to adoption will keep falling farther and farther back.

25 years ago, when AM originated, I don’t think you would have been able to make the assumption that by 2015 there would be thousands of plastic parts flying, let alone printed metal. The technology has come so far in ten years, that it is very hard now to think of anything that won’t be printable at some point in the future.

Euronews:What are the risks involved? Is there a greater danger of counterfeiting? And is there any data on public trust in 3D printed products and parts?

Scott Sevcik: The risks for a 3d printed part are really no different from any other part, and the same countermeasures for those risks throughout the industry are in place for 3d printed parts. To ensure supply chain traceability, we procure raw material against a specification and receive it with a certificate of conformance. We then provide certification of our products to our customers to verify their authenticity and compliance with requirements. While the technology used to produce the part is different, we fully conform to the quality and procurement requirements within the industry. It’s not being done just yet, but AM will ultimately provide better protection from counterfeiting. Because we have such control over the part structure and composition, there are many ways parts could be designed for anti-counterfeit. For example, we can embed objects within a plastic part with relative ease. So, you could place an RFI tag within a part wall that no one would be able to see, let alone tamper with. 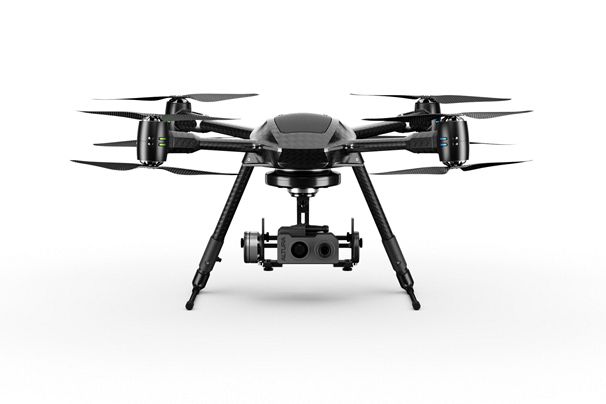 Scott Sevcik (@ScottSevcik) will present Additive Manufacturing Impact in Aerospace on Tuesday June 16 at 3:30pm in the Conference Room, Hall 2C at Le Bourget. There he will outline how use of additive manufacturing can lead to significant cost savings, improved supply chain efficiencies, better fly-to-buy ratios and less waste.

Main picture (REUTERS): An Airbus employee presents three model airplanes in blue, white and red, made from starch using a 3D printing technique during the opening of 50th Paris Air Show, at the Le Bourget airport near Paris, June 17, 2013