Such is the scale of the Paris Air Show to be held next week, you do not stand a chance of seeing all there is to see. There are no fewer than 2,215 exhibitors from every imaginable nook and cranny of the aerospace industry, and then plenty more that you never knew existed.

The big crowds will be drawn to the headline acts, the Rolling Stones and the U2s of aviation such are Airbus and Boeing – the makers of the impossibly huge aircraft that do their best to satisfy our ever-increasing desire to travel. But there’s plenty of talent on the smaller stages that is well worth exploring from across the whole, vast spectrum of the industry.

I’ll be there for the duration, from Monday June 15 to Sunday June 21, reporting back on what’s new and beyond in aeronautics and would love to hear your thoughts, ideas and comments in the live blog that runs throughout the Show.

With the promise of all that innovation to come, here is a small selection of the headliners at Le Bourget:

Inspiring the most column inches will likely be Airbus and Boeing’s perennial duel for supremacy of the passenger plane market. In terms of orders Airbus has had the better start to the year, having taken 225 net orders to Boeing’s 136 at time of writing. Boeing on the other hand has the edge when it comes to deliveries so far in 2015 and has handed over the keys to 310 aircraft compared to 243 for Airbus. For both companies the most in-demand planes have been, and by far, the short-medium range, single aisle models snapped up for regional routes (Airbus’ A320 family and its Boeing rival the 737). What both manufacturers have been struggling to sell though are the bigger, double-aisle wide bodied aircraft. Airbus can hope to put that right as Qatar Airways showcases its new A350 XWB (Extra Wide Body) both in the air and on the tarmac. For that match-up, Boeing will call on a 787-9 Dreamliner, the first of a batch just sold to Vietnam Airlines.

The twin-aisle wide-bodies that will be in the Show’s flying displays: Airbus A350 XWB (left) and Boeing’s 787-9 Dreamliner (right) 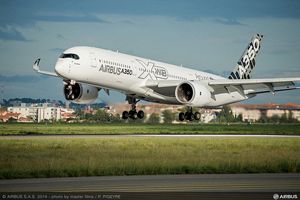 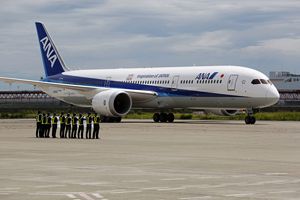 The biggest passenger jet of them all, Airbus’ twin-aisle, double-decker A380 will remain grounded, not unlike recent demand for the colossal aircraft. Sales have been underwhelming – 317 since launch 10 years ago and none yet this year – although Airbus CEO Fabrice Bregier insists global travel growth of 5% per year (and triple that in China) make the A380 a sleeping giant that will wake further down the line.

Emirates has said it would order 200 A380s if Airbus refits the engine, but the manufacturer has said this is “not on the agenda” yet 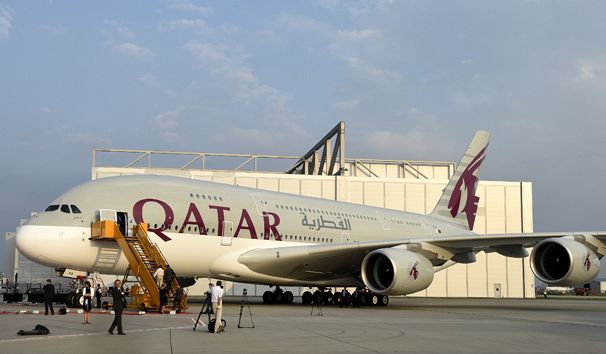 Make or Break for Bombardier?

Just behind Airbus and Boeing in the aircraft manufacturing pecking order, Canadian group Bombardier will finally be able to show off its single-aisle CS300 aircraft, with which it had hoped to force a breach in the commercial market duopoly. Beset by delays and disappointing sales figures (243 orders since 2008), the problems surrounding CS300 and its smaller brother the CS100 took Bombardier to the edge of the precipice and forced a change of management. Although Bombardier’s CEOhas played down the importance of the Air Show on the CS Series’ success, having the CS300 take part in one of Le Bourget’s flying displays does, to some industry observers, represent an opportunity for the project to gather some momentum and stand up to Airbus’ A320, Boeing’s 737 and the E2 family of regional jets proposed by Brazilian firm Embraer. 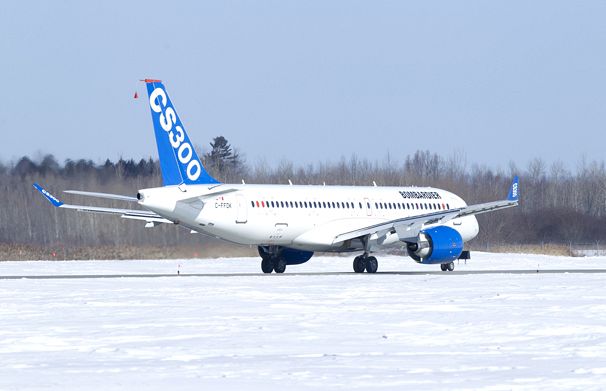 Sometimes Business or First class just won’t do and what you need is an airborne 5-star hotel room. Enter the Business Jet. Sometimes just as long as a 130-seater Airbus A318 but configured for fewer than 20 people, these are the glamour pusses of aviation. Of the handful of such jets on show at Le Bourget, much fuss will be made about the Dassault Falcon 8X which only made its first prototype flight in February of this year. 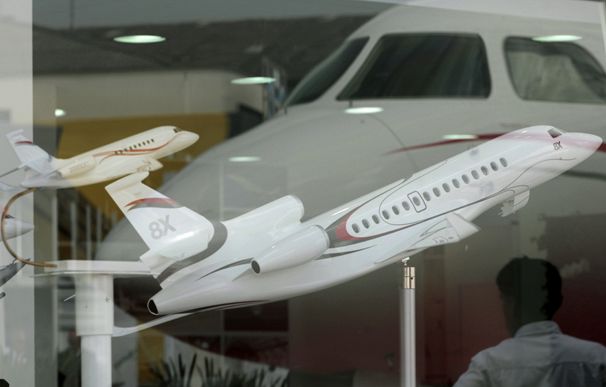 US and Russian military aircraft will be present at the Paris Air Show although, for mainly political reasons, their participation will be discreet and from the ground. Up in the air though will be the fresh-off-the-production-line Ukrainian Antonov An-178 and a trio of JF-17 fighter jets co-developed by Pakistan and China and flown by the Pakistani Air Force. Airbus has also confirmed that its A400M military transporter will take part in flying displays throughout the week despite a crash during a test flight in Seville a month ago in which four people were killed. Airbus officials say the crash was caused by an error in installing the engines, rather than a structural fault with the engines themselves.

#A400M will perform its usual display Mon-Fri of #PAS15

The Antonov An-178 transporter and three JF-17s could be the highlight of the military air displays. 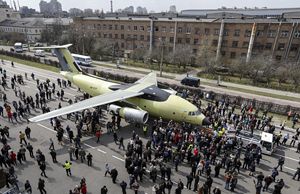 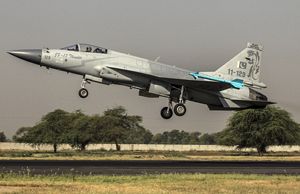 The Paris Air Show exhibitors come from up, down and sideways along the aviation food chain. We can expect to see a good number of drones with all manner of applications. We’ll meet the makers of the engines, composite materials and 3-D printed components on whom we rely to make the act of flying more and more fuel efficient.

One aspect of the Air Show will be the COP21 seen from the sky conference which will look at what plane-makers and airlines but also air traffic controllers can do to ensure the aviation industry fulfils its environmental obligations.

And as the aviation industry expands, so do career opportunities; one feature of the Show is the week-long Jobs and Training Forum and Career Plane from June 19-21.

There will plenty to talk about at Le Bourget, and you can join the conversation in our live blog from Monday June 15.